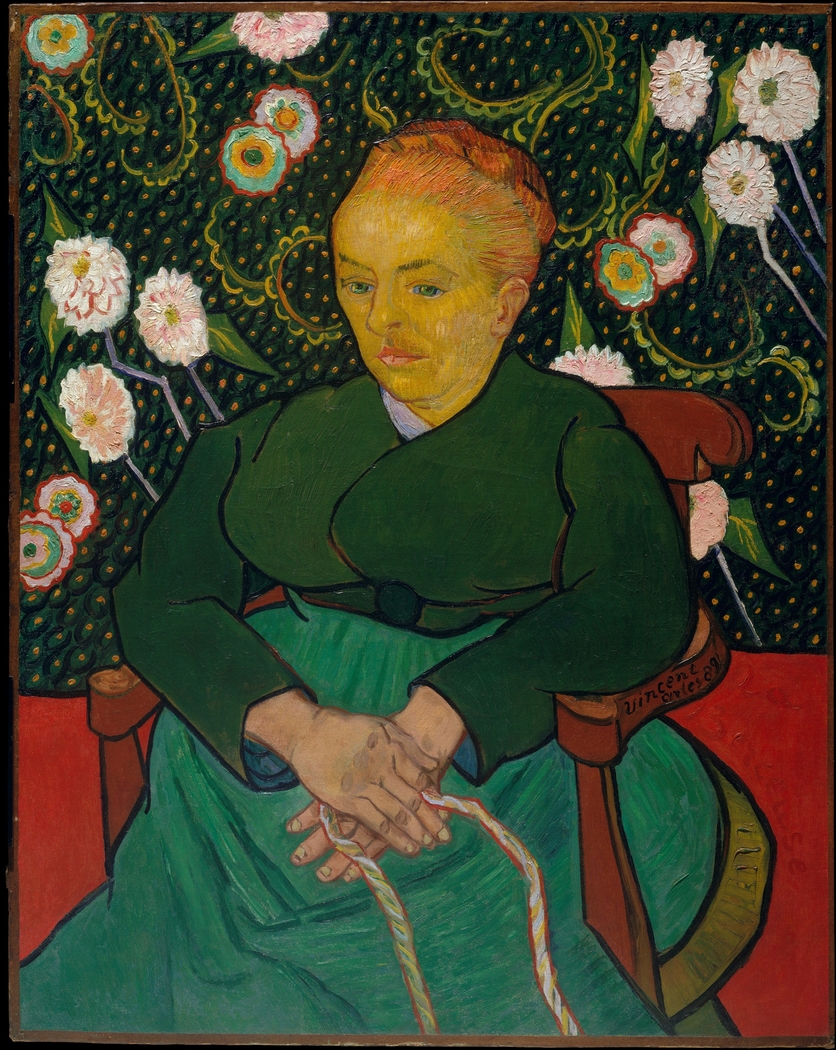 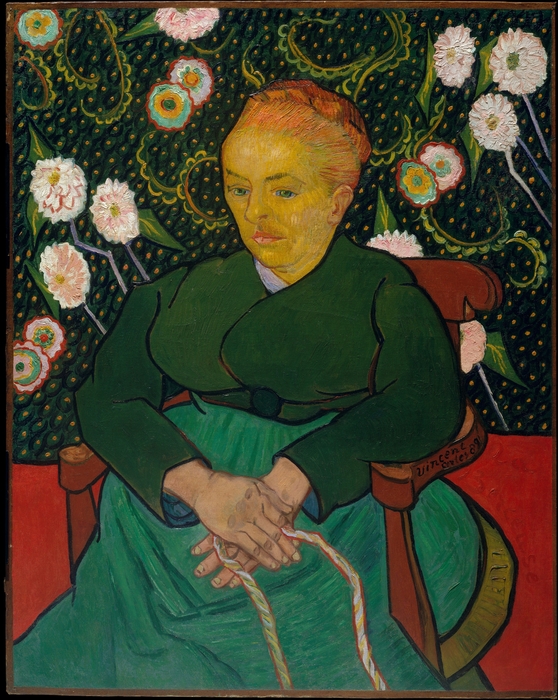 1889
Of the five versions of Van Gogh’s portrait of Augustine Roulin, wife of his friend the postmaster of Arles, the present canvas is the one the sitter chose for herself. Van Gogh remarked that "she had a good eye and took the best." He began the portraits just before his breakdown in Arles, in December 1888, and completed them in early 1889, calling them "La Berceuse," meaning "lullaby, or woman who rocks the cradle," indicated by the rope held in the sitter’s hand, which is attached to the unseen cradle.

Notes:
The chronological order of the five versions of this composition has invited recent scholarship in Druick and Zegers et al. 2001, Lister 2001, and Rathbone 2013. There are two schools of thought regarding the chronology. The greatest uncertainty regards the question of which painting was first in the series, the Boston or Otterlo version. The 2001 sources place The Met’s version third; the most recent source designates The Met’s as second, trading places with the Chicago version.

According to both Druick and Zegers et al. 2001 and Lister 2001, F508 (Museum of Fine Arts, Boston) was the first version, followed by F506 (Art Institute of Chicago), F505 (The Met), F507 (Stedelijk Museum, Amsterdam), and F504 (Kröller-Müller Museum, Otterlo). Lister’s order is based on a theory of tracings made by the artist along the way. Her order concurs with that of Hulsker 1992, arrived at differently, from epistolary research.

Rathbone 2013 places The Met’s picture as second in the series and the Otterlo painting first: F504 (Kröller-Müller Museum, Otterlo), F505 (The Met), F506 (Art Institute of Chicago), F507 (Stedelijk Museum, Amsterdam), and F508 (Museum of Fine Arts, Boston). Rathbone’s order is based on a combination of factors: stylistic changes, changes in the wallpaper motif, technical examination, provenance, and her interpretation of Van Gogh’s letters. Read more...

(Source: The Metropolitan Museum of Art)