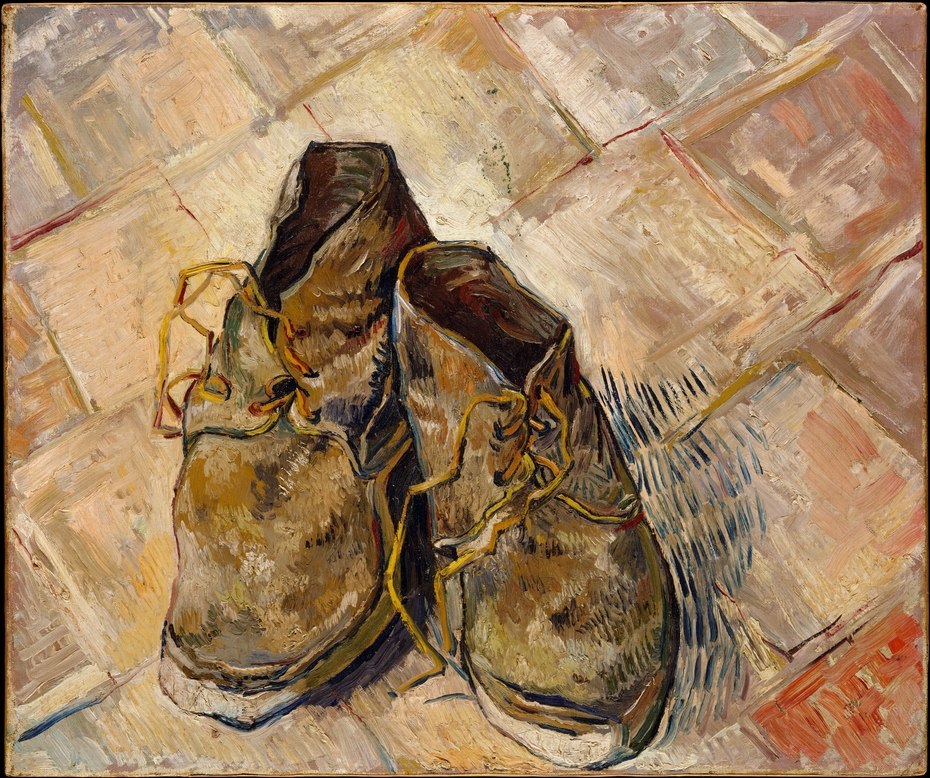 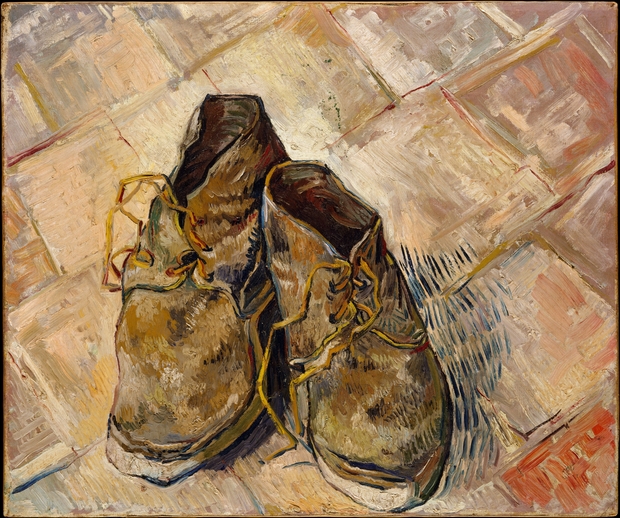 1888
Van Gogh painted several still lifes of shoes or boots during his Paris period. This picture, painted later, in Arles, evinces a unique return to the earlier motif. However, here Van Gogh has placed the shoes within a specific spatial context: namely, the red-tile floor of the Yellow House. Not only may we identify the setting, but perhaps the owner of the shoes as well. It has been suggested that this "still life of old peasants' shoes" may have been those of Patience Escalier, whose portrait Van Gogh executed around the same time, late summer 1888. (Source: The Metropolitan Museum of Art)