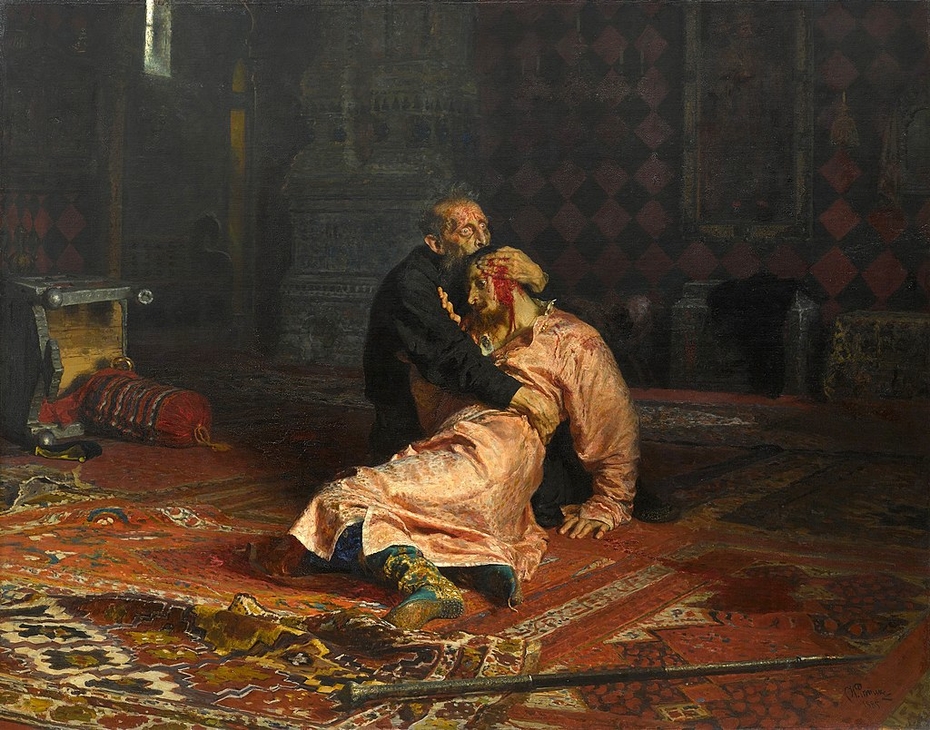 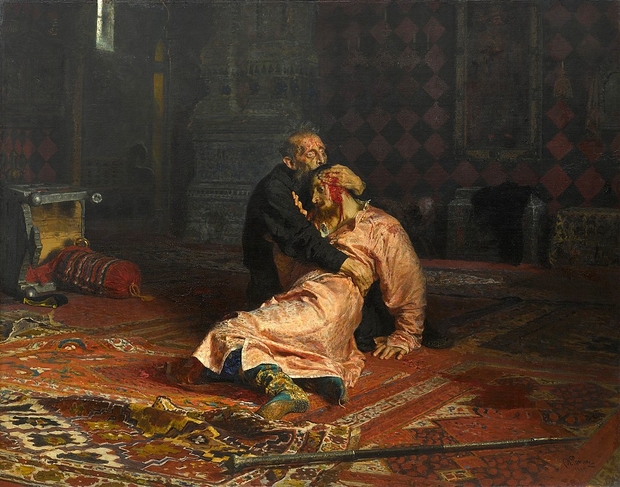 Ivan the Terrible and His Son Ivan on 16 November 1581

1885
Description of the artwork, as offered by Wikipedia:

Repin's painting has been called one of Russia's most famous paintings, and is also one of its most controversial. It has been vandalised twice, in 1913 and again in 2018. It remains on display in the Tretyakov Gallery in Moscow."

License:
This is a faithful photographic reproduction of a two-dimensional, public domain work of art.
For more:
https://en.wikipedia.org/wiki/Ivan_the_Terrible_and_His_Son…