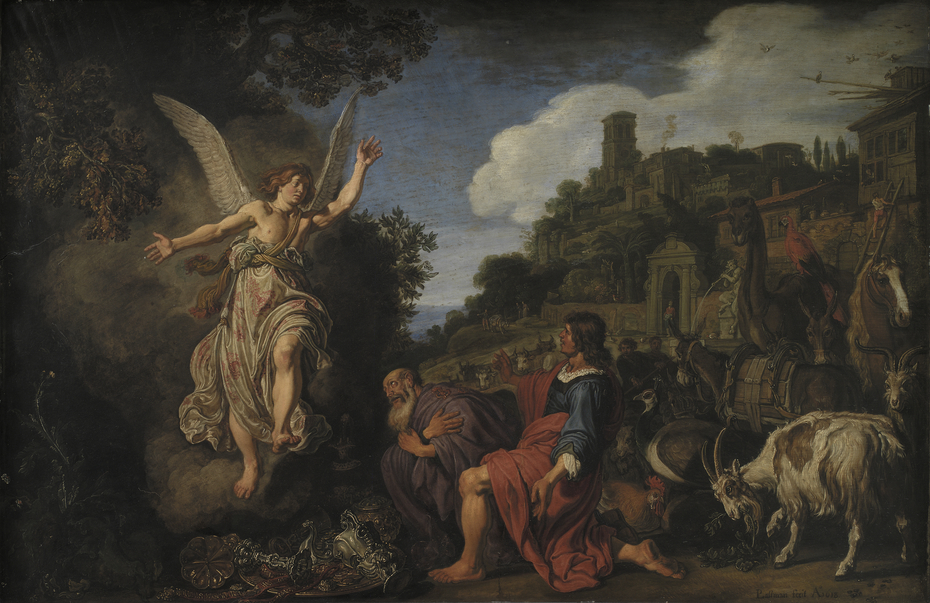 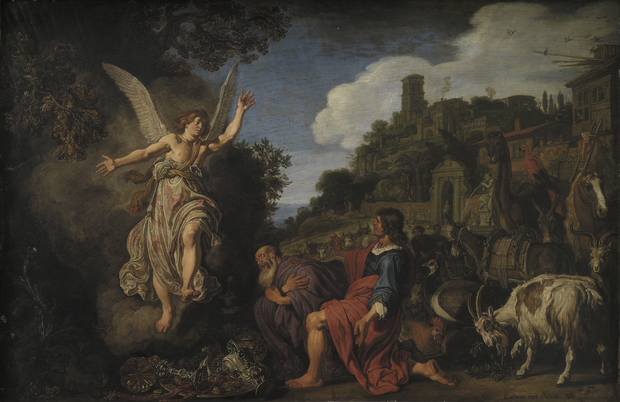 1618
Like so many other artists of the day Pieter Lastman went to Rome when his studies were completed. Here, he met artists such as the German painter Adam Elsheimer (1578-1610). Inspired by Elsheimer, Lastman adopted and developed the so-called cabinet pieces, small paintings showing scenes from the Bible, history, or mythology.

The painting's story
The story of Tobias and his guardian angel, the archangel Raphael, is related in the book of Tobit from the Apocrypha of the Old Testament. It takes place in Ninive, the Assyrian city to which the Israelites had been deported. Tobias faces many trials and tribulations to obtain the medicine he needed for his blind father Tobit.

New subject matter
As the art theory of the time called for, Lastman made it a point of honour to come up with new subject matter that no other artist had ever depicted. Lastman placed the scene within his own time through the objects used in the still life in the foreground. The silver pitcher in the very elaborate and organic auricular style is by the Dutch silversmith Adam van Vianen (1568/69-1627). He was commissioned to make the piece by the Silversmiths’ Guild in Amsterdam.﻿

License:
Courtesy of the National Gallery of Denmark
For more:
http://www.smk.dk/en/explore-the-art/highlights/pieter-last…