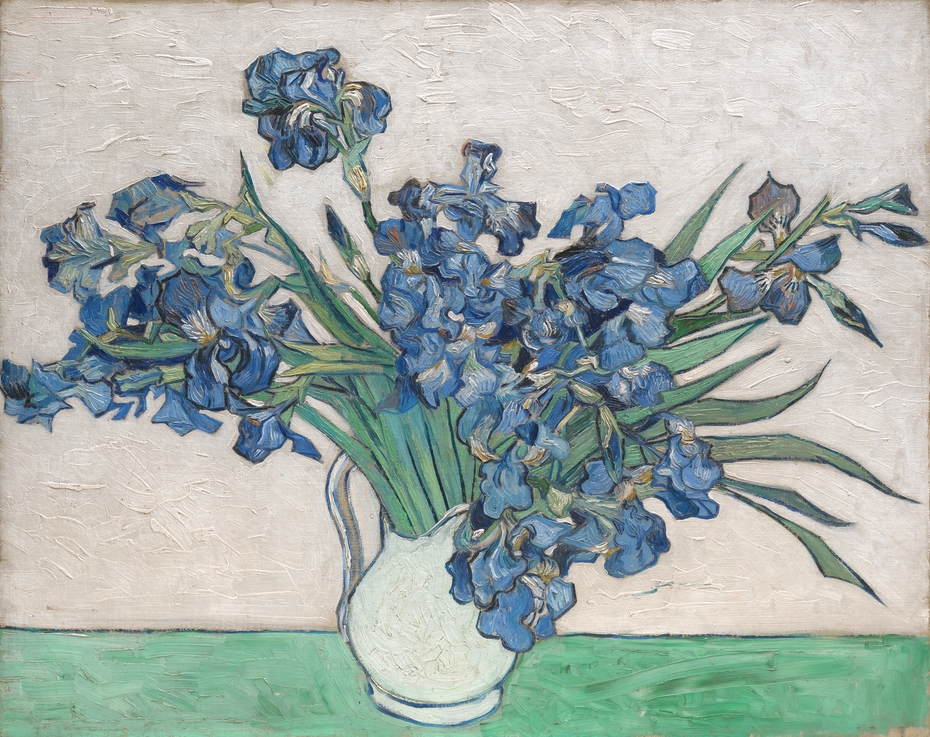 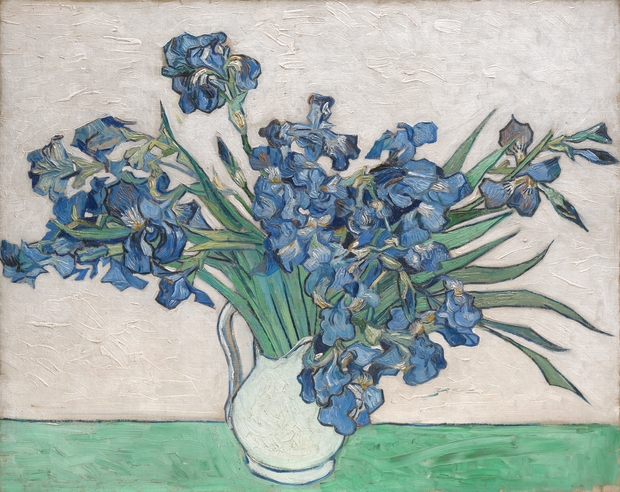 1890
In May 1890, just before he checked himself out of the asylum at Saint-Rémy, Van Gogh painted four exuberant bouquets of spring flowers, the only still lifes of any ambition he had undertaken during his yearlong stay: two of irises, two of roses, in contrasting color schemes and formats. In the Museum’s Irises he sought a “harmonious and soft” effect by placing the “violet” flowers against a “pink background,” which have since faded owing to his use of fugitive red pigments. Another work from this series, Roses (1993.400.5), hangs in the adjacent gallery. Both were owned by the artist’s mother until her death in 1907. (Source: The Metropolitan Museum of Art)