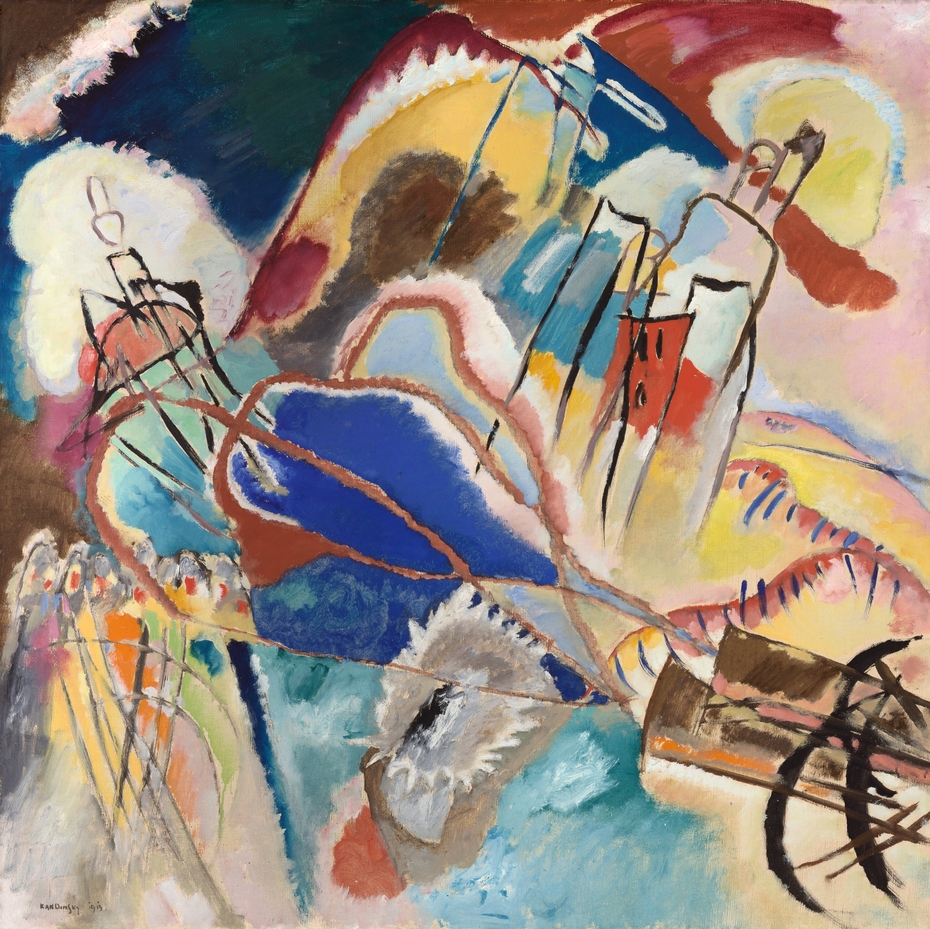 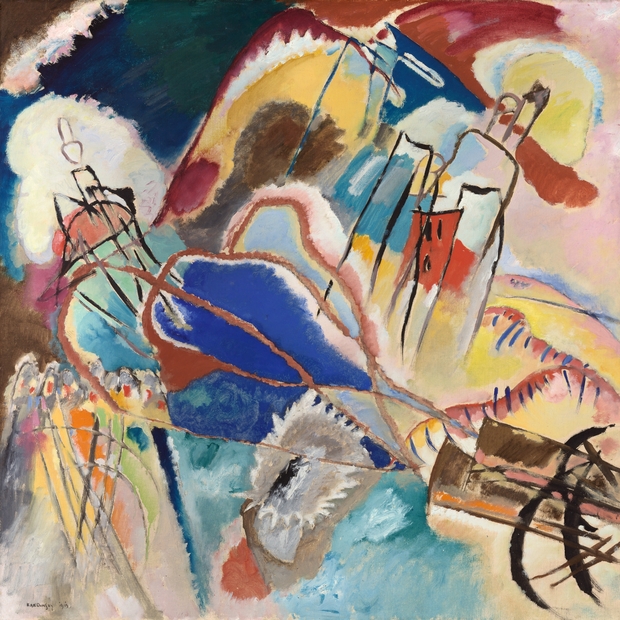 1913
In his seminal 1912 text Concerning the Spiritual in Art, Vasily Kandinsky advocated an art that could move beyond imitation of the physical world, inspiring, as he put it, “vibrations in the soul.” Pioneering abstraction as the richest, most musical form of artistic expression, Kandinsky believed that the physical properties of artworks could stir emotions, and he produced a revolutionary group of increasingly abstract canvases—with titles such as Fugue, Impression, and Improvisation—hoping to bring painting closer to music making.

Kandinsky’s paintings are, in his words, “largely unconscious, spontaneous expressions of inner character, nonmaterial in nature.” Although Improvisation No. 30 (Cannons) at first appears to be an almost random assortment of brilliant colors, shapes, and lines, the artist also included leaning buildings, a crowd of people, and a wheeled, smoking cannon. In a letter to the Chicago lawyer Arthur Jerome Eddy, who purchased the painting in 1913 and later bequeathed it to the Art Institute, Kandinsky explained that “the presence of the cannons in the picture could probably be explained by the constant war talk that has been going on throughout the year.” Eventually, Kandinsky ceased making these references to the material world in his work and wholly devoted himself to pure abstraction. (Source: Art Institute of Chicago)