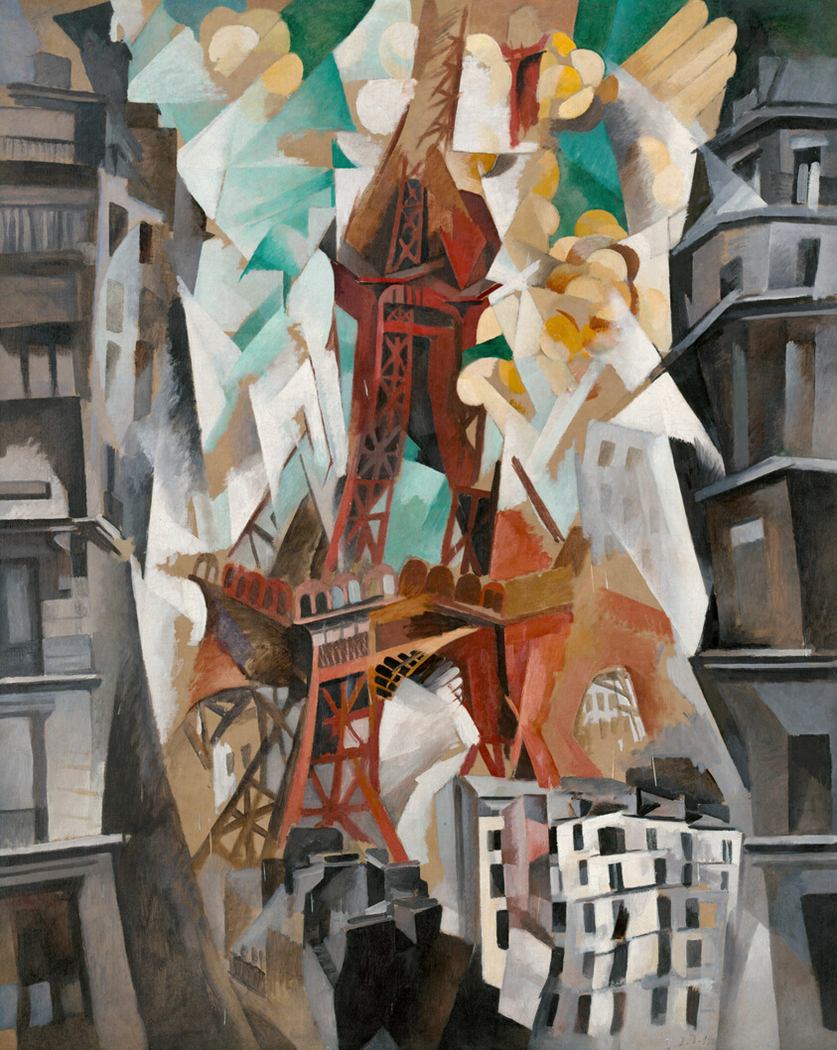 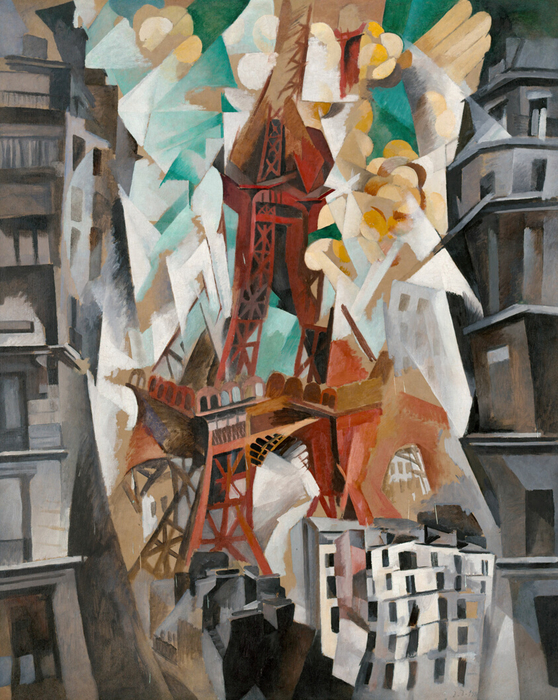 1911 - 1923
Robert Delaunay was four years old when the Eiffel Tower was erected in Paris in the public green space known as the Champ de Mars. One of many artists to depict the landmark, Delaunay did a series of Eiffel Tower paintings, of which the Art Institute’s example is among the best known. The artist infused the dynamism of modern life into this image by employing multiple viewpoints, rhythmic fragmentation of form, and strong color contrasts. Delaunay accented the structure’s towering presence by framing it with tall buildings and placing smaller, shorter buildings, seen from above, at its base. The top of the tower seems to soar, its massive structure augmented by winglike clouds and patches of light-filled sky.

The artist first showed this painting in the winter of 1912, at the Galerie Barbazanges in Paris, where Guillaume Apollinaire described the work in a review as "unfinished, whether by design or accident." Although Delaunay’s intent is not recorded, it is certain that by 1923, when this work was illustrated in the pages of the Bulletin de l’effort modern, it looked as it does today: the artist had repainted portions of the canvas and filled areas of reserve with paint. (Source: Art Institute Chicago) 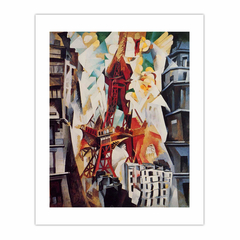