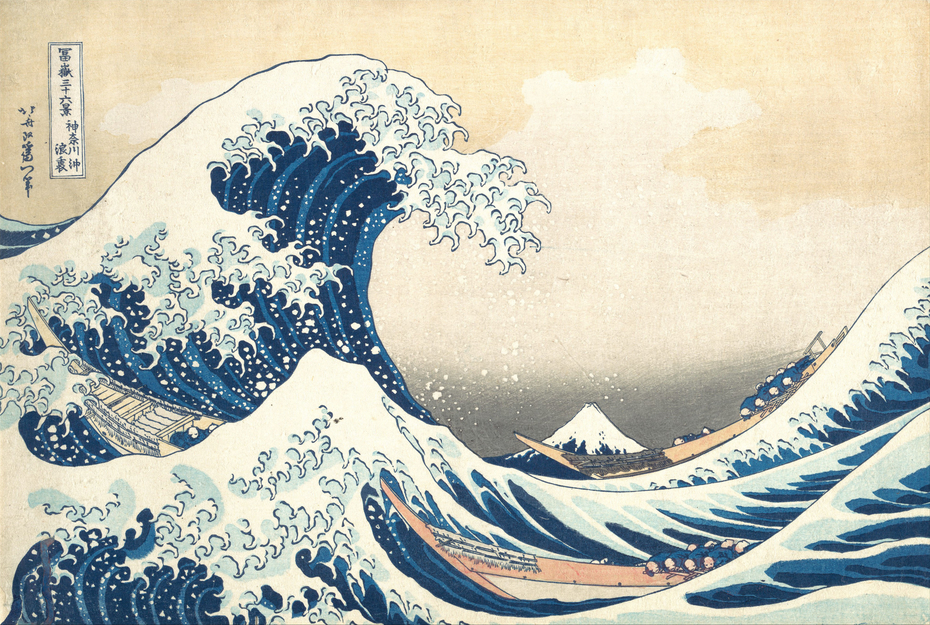 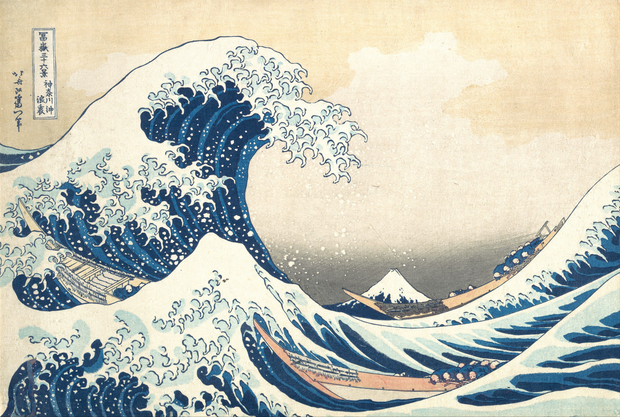 Under the Wave off Kanagawa (Kanagawa oki nami ura), also known as The Great Wave

1826 - 1833
The breathtaking composition of this woodblock print, said to have inspired Debussy’s La Mer (The Sea) and Rilke’s Der Berg (The Mountain), ensures its reputation as an icon of world art. Hokusai cleverly played with perspective to make Japan’s grandest mountain appear as a small triangular mound within the hollow of the cresting wave. The artist became famous for his landscapes created using a palette of indigo and imported Prussian blue. [Source: MET]

"Hokusai's career spanned over seven decades. Not only did he achieve fame for his dynamic designs for woodblock prints and illustrated books, but he was a skilled painter as well. Known for his ingenuity in creating striking designs through the clever use of perspective, Hokusai here shows Japan's tallest peak, Mount Fuji, as a small triangle in the distance, seen beneath a cresting wave—a symbol of nature's power.

The sophisticated use of various hues of blue is a distinctive feature of several prints from the Thirty-six Views of Mount Fuji series, to which 'the Great Wave' belongs. At the time this print was produced, there was a demand for Berlin blue—popularly known as 'Prussian blue'—imported from Europe. Scientific analysis has since revealed that both Prussian blue and traditional indigo were used in 'the Great Wave' to create subtle gradations in the coloring of this dramatic composition." [Source: MET]

Notes from the Contributor:

License:
Courtesy of the Metropolitan Museum of Art
For more:
https://www.metmuseum.org/art/collection/search/45434 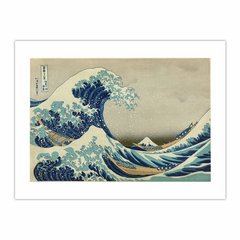