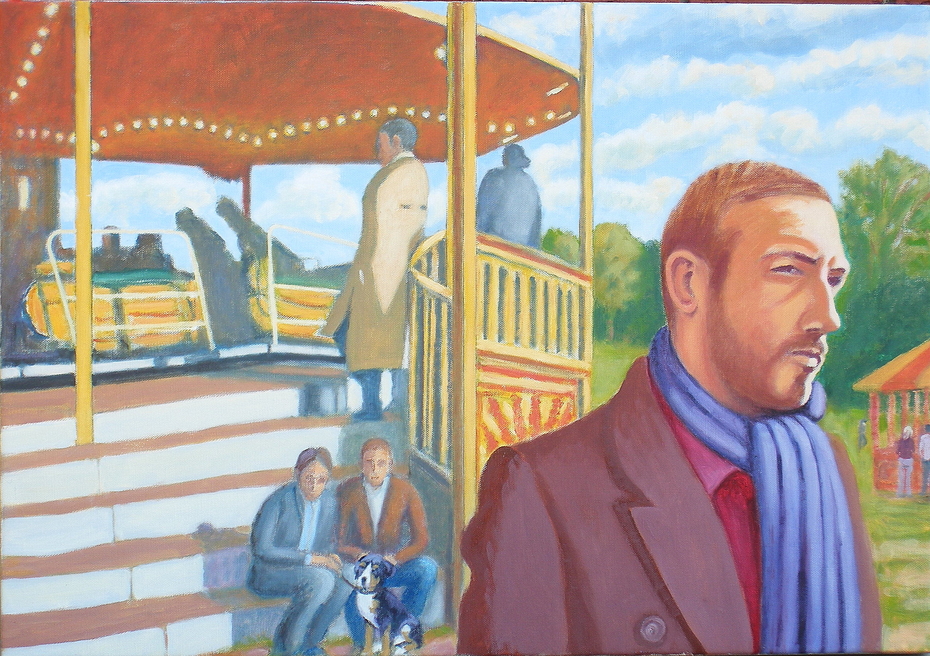 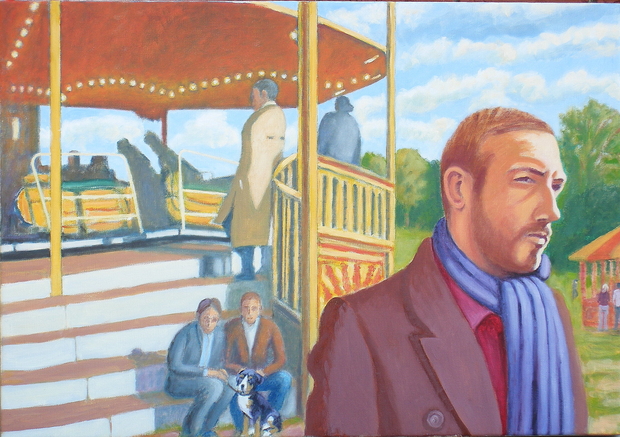 2012
Like most British people I have attended funfairs since I was a small child. They are an intriguing aspect of popular culture - an older form of people’s pleasure persisting into the corporate age of mass media and the mass culture industries. This painting with a self-portrait recalls my last visit to a fair, which took place in London during the 1970s. At that time I lived in North London and often visited Hampstead Heath and Kenwood House. I was also lecturing on art and mass media at a University and so my trip to the fair was in part professional in the sense of being observational/research. I took a camera with me. I was also conscious of the fact that the pop artist Richard Hamilton, who had been an art school tutor of mine, visited the annual funfair held on the Town Moor in Newcastle upon Tyne and took photographs of the event during the 1950s and 1960s. 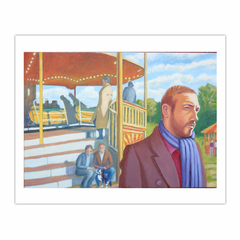