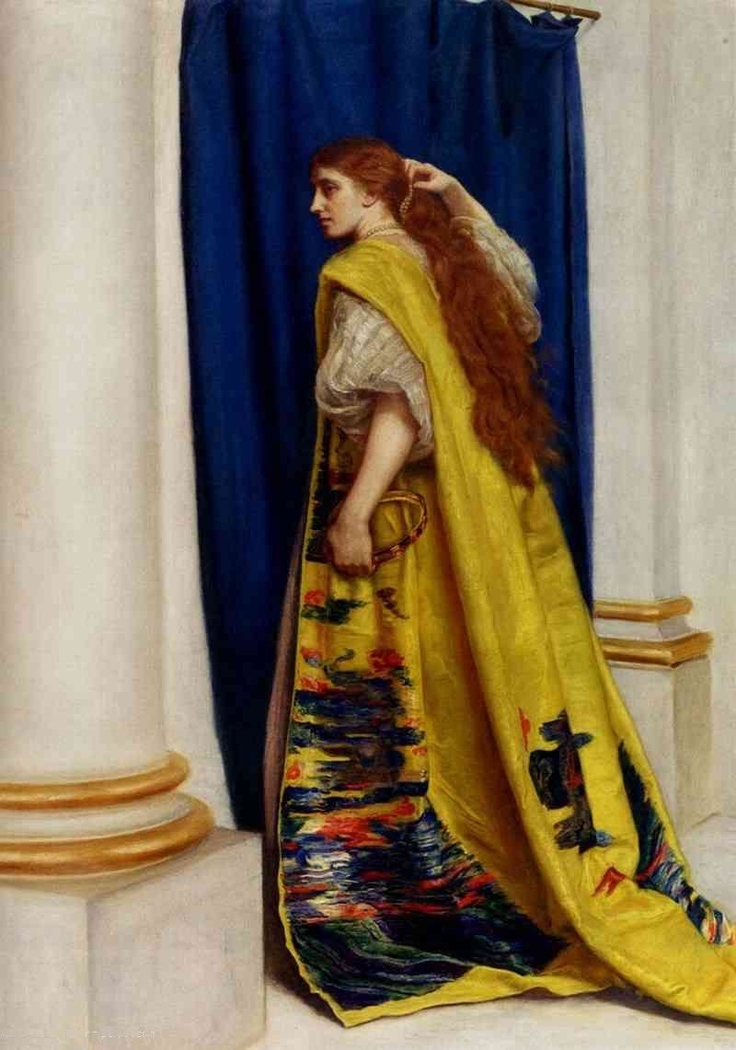 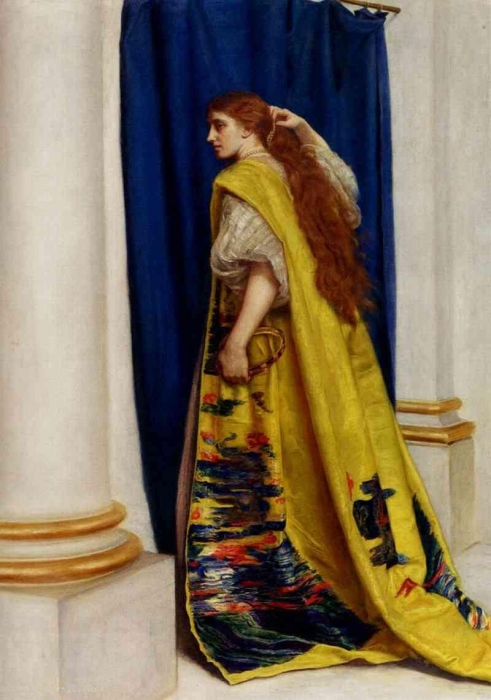 Esther is a painting depicting the central character from the Biblical Book of Esther. It is from Millais's Aesthetic phase, when he was influenced by the work of Frederic Leighton and James McNeill Whistler.

The painting depicts Esther, the Jewish wife of the Persian king Ahasuerus, as she prepares to enter the presence of her husband. As she is uninvited, she risks death, but does so to inform him of a plot against the Jews.

Millais borrowed the Yellow Jacket, a gown given to General Gordon by the Chinese emperor after his defeat of the Taiping rebellion. In order to create a culturally unspecific effect, he turned it inside out, producing the abstract patterns visible in the painting.

License:
This image may be subject to copyright.
For more:
http://en.wikipedia.org/wiki/Esther_%28Millais_painting%29