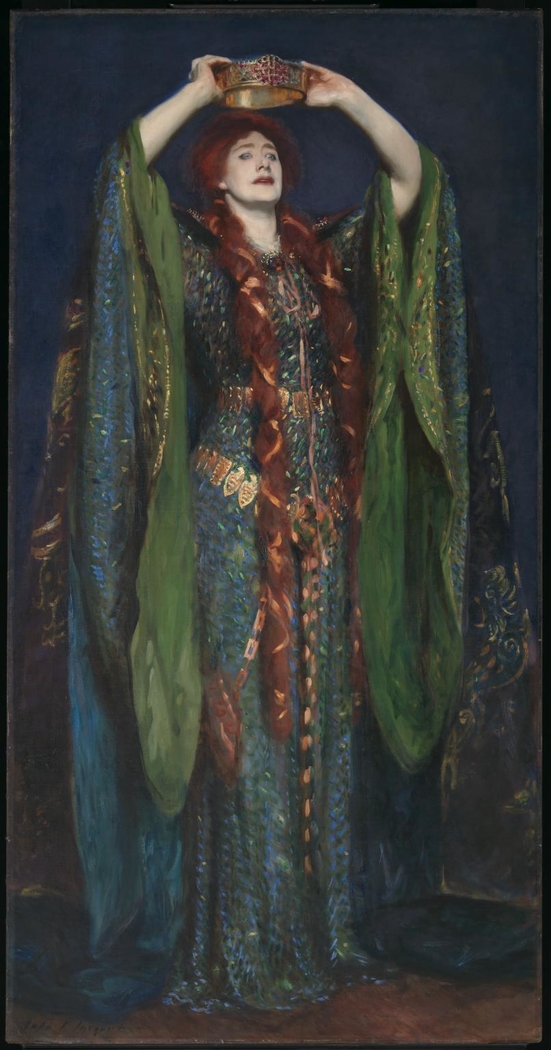 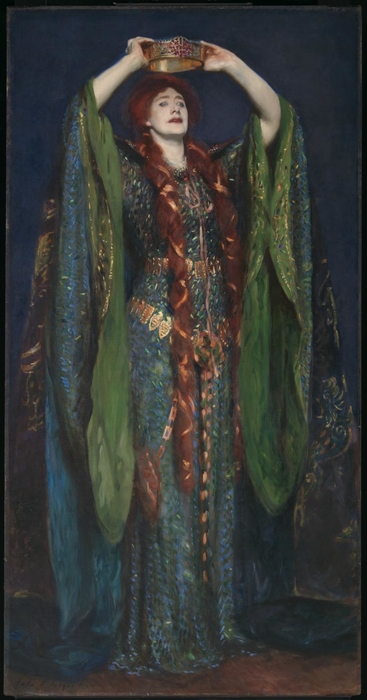 Label (2004): The famous actress, Dame Ellen Terry (1847-1928), is shown here in the role of Lady Macbeth. At the first performance in 1888, Sargent was struck by Terry's appearance and persuaded her to sit for a portrait. He invented her dramatic pose, which did not occur in the production. Oscar Wilde, who saw Terry's arrival at Sargent's Chelsea studio, remarked, 'The street that on a wet and dreary morning has vouchsafed the vision of Lady Macbeth in full regalia magnificently seated in a four-wheeler can never again be as other streets: it must always be full of wonderful possibilities.' [source]