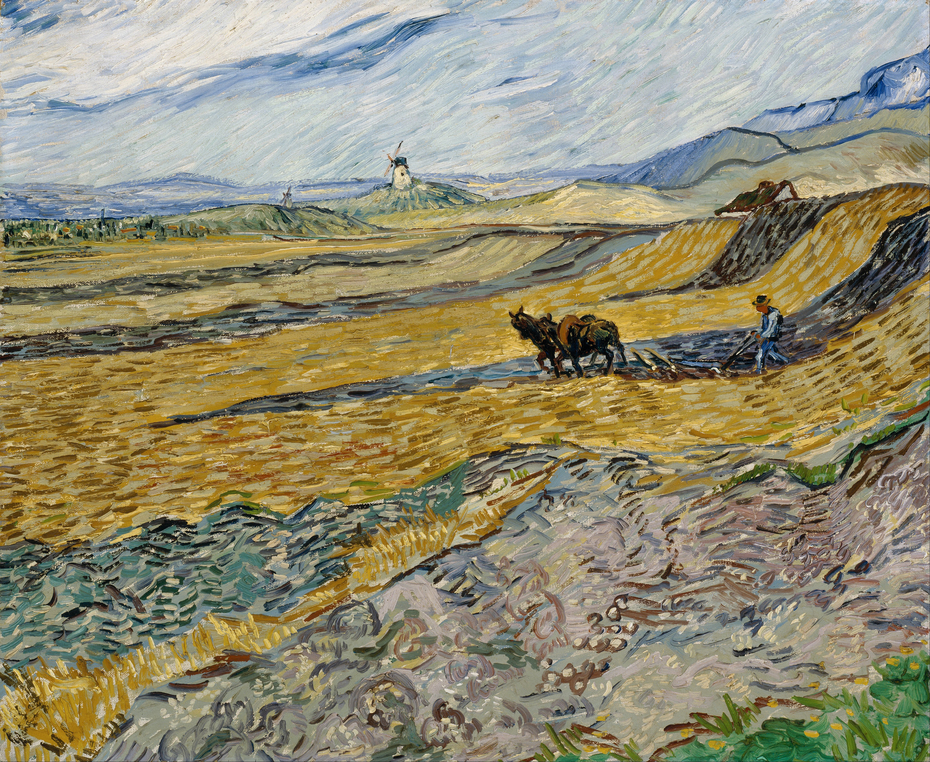 1889
In May 1889 van Gogh checked into an insane asylum. This landscape belongs to a series of pictures based on the view from his barred window there. The scene is much as the artist described it in a letter to his brother, Theo, on August 30th: “…a field of yellow stubble that they are ploughing, the cut part of the ploughed earth with the strips of yellow stubble, background of hills.” The distant windmills, however, were an addition from van Gogh’s imagination, an indication that he painted the scene from memory several months later.

Museum of Fine Arts, Boston
Bequest of William A. Coolidge