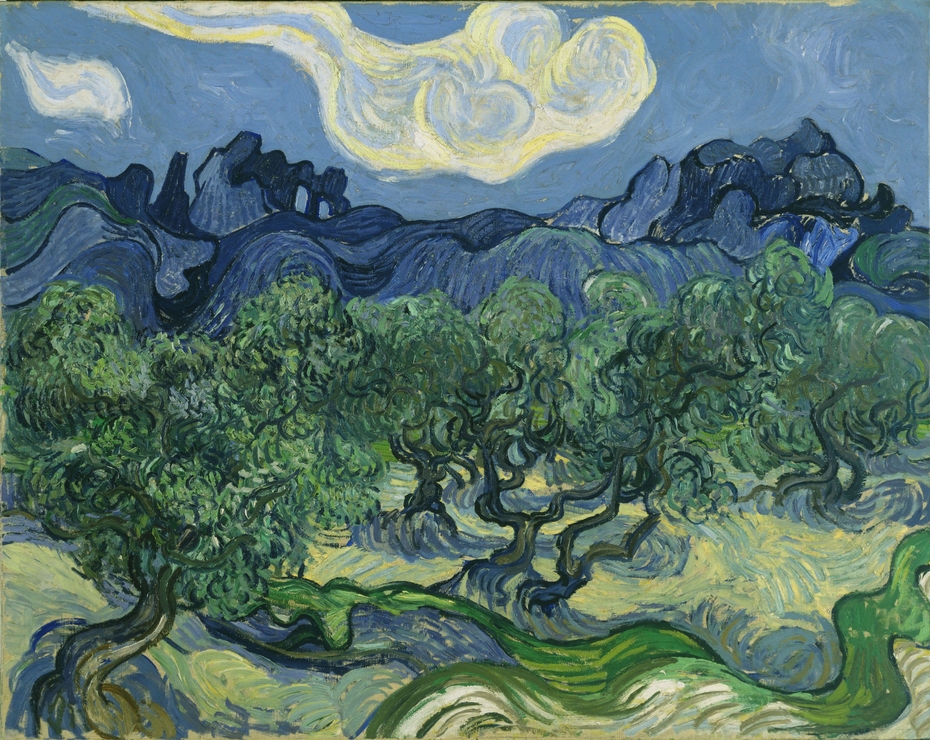 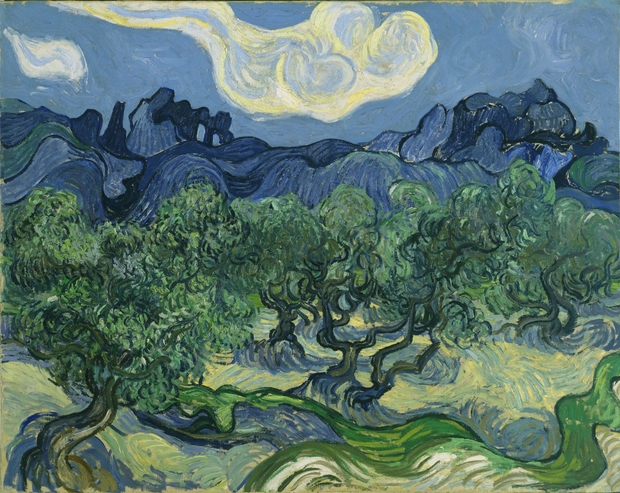 In the blazing heat of this Mediterranean afternoon, nothing rests. Against a ground scored as if by some invisible torrent, intense green olive trees twist and crimp, capped by the rolling, dwindling hillocks of the distant Alps, beneath a light-washed sky with a bundled, ectoplasmic cloud.

After van Gogh voluntarily entered the asylum at Saint-Rémy in the south of France in the spring of 1889, he wrote his brother Theo: "I did a landscape with olive trees and also a new study of a starry sky." Later, when the pictures had dried, he sent both of them to Theo in Paris, noting: "The olive trees with the white cloud and the mountains behind, as well as the rise of the moon and the night effect, are exaggerations from the point of view of the general arrangement; the outlines are accentuated as in some old woodcuts."

Van Gogh's letters make it clear that he created this particular intense vista of the southern French landscape as a daylight partner to the visionary nocturne of his more famous canvas, The Starry Night. He felt that both pictures showed, in complementary ways, the principles he shared with his fellow painter Paul Gauguin, regarding the freedom of the artist to go beyond "the photographic and silly perfection of some painters" and intensify the experience of color and linear rhythms.