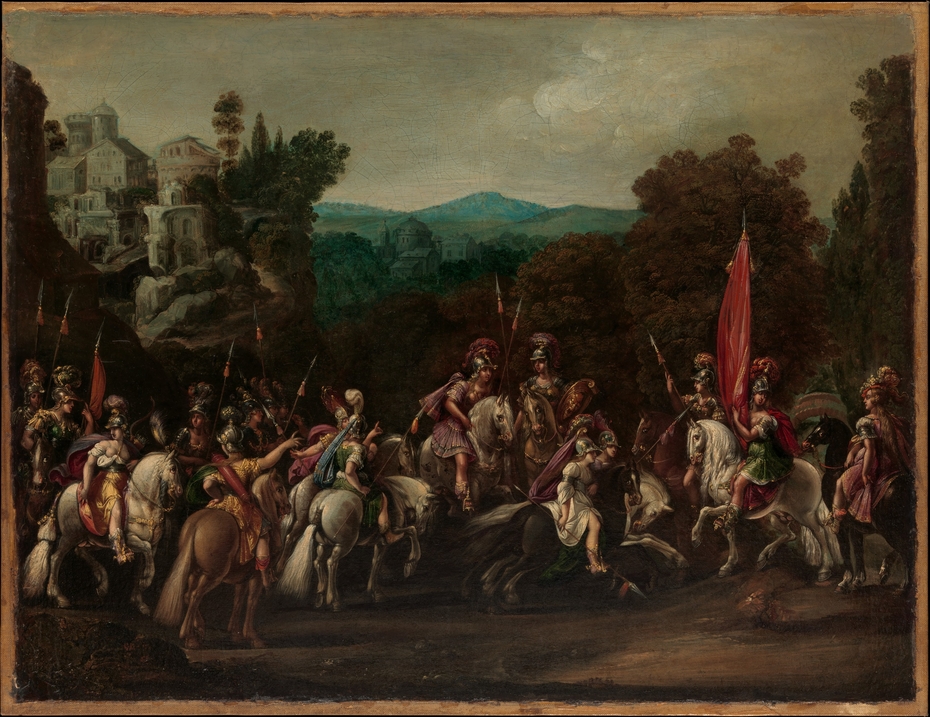 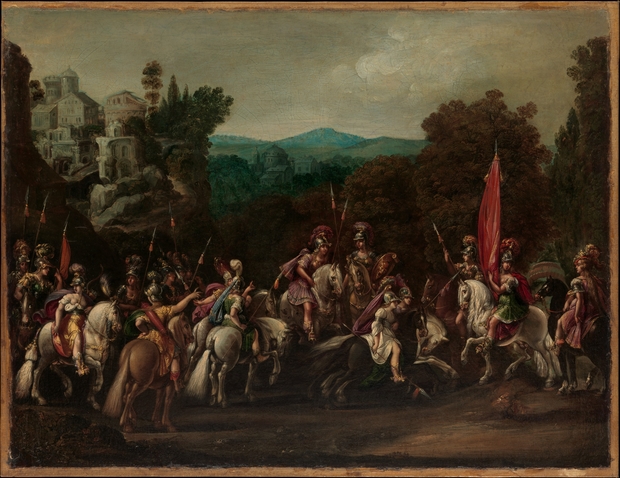 Departure of the Amazons

1620
This canvas and its pendant (opposite) date to the 1620s, when Deruet was the chief painter in the duchy of Lorraine. A specialist in battle and hunting scenes after the antique, he had trained with Jacques Bellange and in Rome with Agostine Tassi.

Notes:
This painting and its pendant, Triumph of the Amazons (1976.100.7), form a set with two pictures in the museum at La Fère. These four works are variants of another set of four pictures by Deruet at Strasbourg, with the compositions in our battle scenes and those at La Fère including more figure groups. Germain Viatte compares the La Fère paintings with a Diana by Deruet at Versailles that can be dated 1627 (see G. Viatte, "Quatre tableaux de Claude Deruet," La Revue du Louvre, nos. 4/5, 1964, pp. 221–26).

License:
Courtesy of the Metropolitan Museum of Art
For more:
https://www.metmuseum.org/art/collection/search/436183