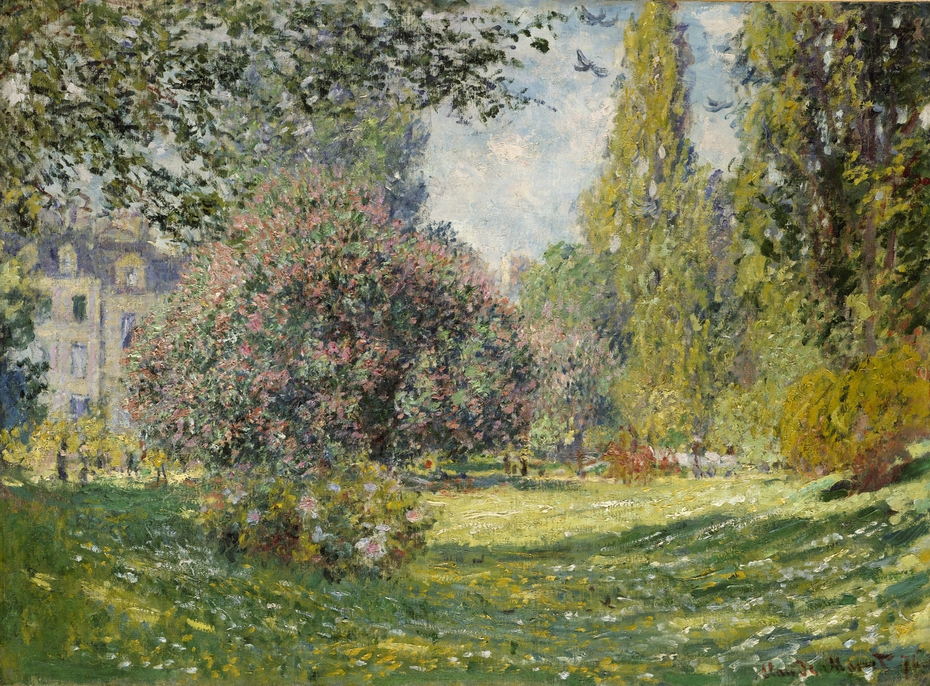 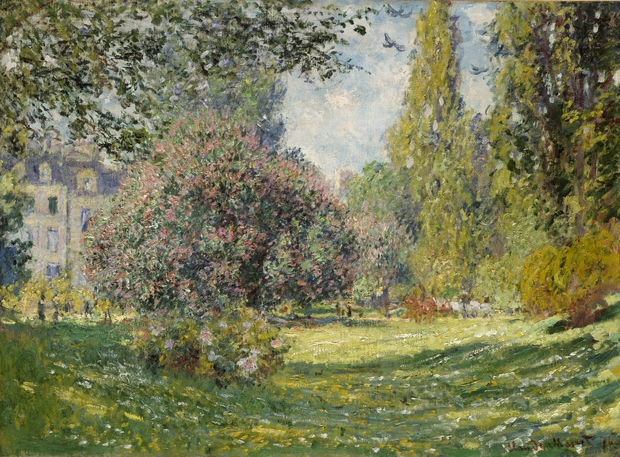 1876
Situated on the boulevard de Courcelles in Paris and surrounded by fashionable town houses, the Parc Monceau was planned in the late eighteenth century in the form of an English garden. Monet painted three views of the park in the spring of 1876. This one, shown at the 1877 Impressionist exhibition, focuses on the swaths of green grass and blooming trees. The building visible at left in this painting also appears in two works from 1878, including one in the Museum’s collection. (Source: The Metropolitan Museum of Art)