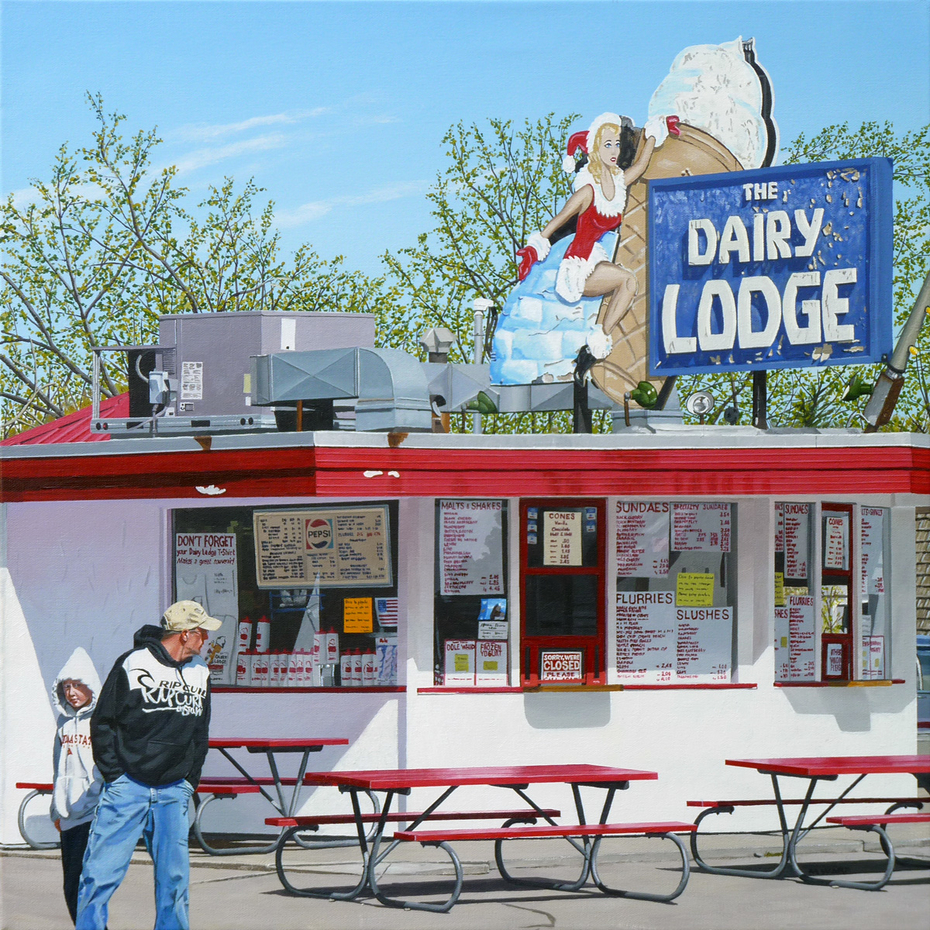 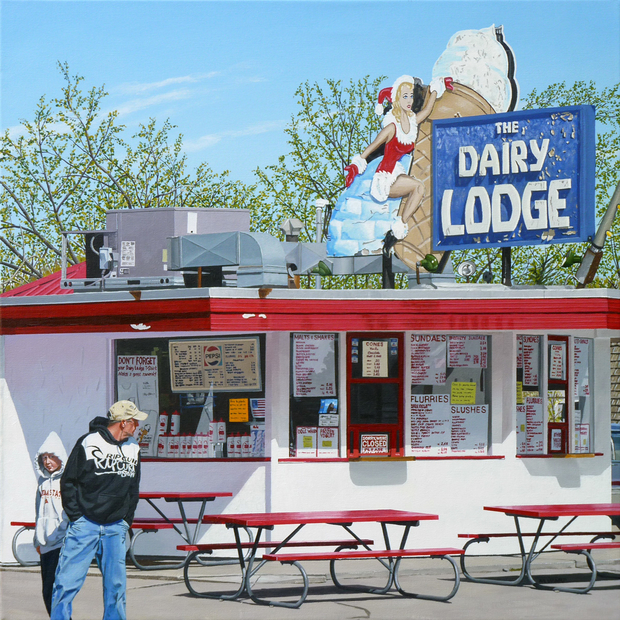 2016
This iconic drive-in is located in Traverse City, Michigan. The source photo for this was shot in May of 2005, when the DL was still closed for the winter. The man in the painting is looking back to see what I'm photographing, but I like to think he's checking to see if the DL has opened, which would mean that summer has officially arrived in Northern Michigan.

I took out a power pole that ran through the middle of the shot, which required some work. I also chopped down much of the trees in the background, to give the sign more prominence. The sign, including the girl, has since been repainted, inexpertly, making the sign more cartoonish and less Freudian.

Immediately behind the DL was Hemphill's Guns, which was infamous for flying their flag upside down the day after Obama was elected. Obama is still with us, but Hemphill's is gone.

License:
All rights reserved. Exhibited on USEUM with the permission of the rights owner.
For more:
http://tmichaelwardartist.blogspot.gr/2016/02/dairy-lodge.h… 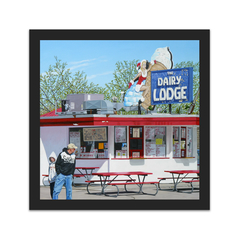 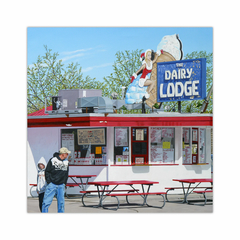