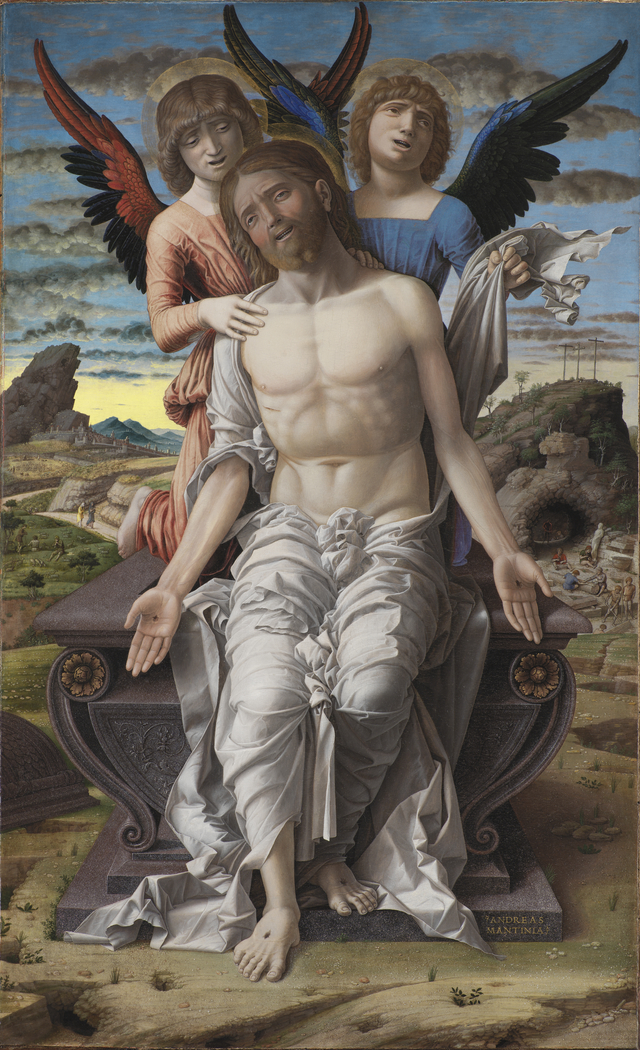 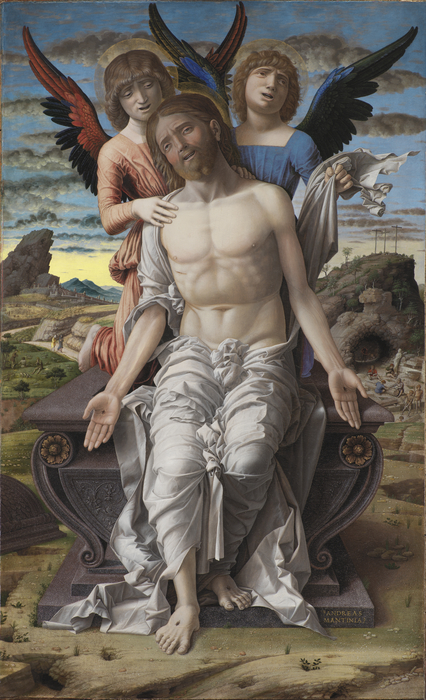 Christ as the Suffering Redeemer

”Now upon the first day of the week, very early in the morning, they came unto the sepulchre, bringing the spices which they had prepared, and certain others with them.”

This painting follows the text in its depiction of the landscape in the background. The women are approaching on the road leading from Jerusalem to Calvary. However, the main characters in the painting, Christ and two angels, are not mentioned in the source text.

The merging of two picture types
Half shrouded in his cerements, the risen Christ displays his five wounds. Joined by two angels supporting him, he appears to be praising the Lord with a hymn of thanksgiving. In other words, Mantegna has created a painting that merges two picture types with its foreground and background.

The background refers to the story related in St. Luke, whereas the image of Christ is a so-called devotional picture, a type of image that condenses a biblical event (here the Passion) into a single intense close-up.

Mantegna's interest in ancient Rome
Mantegna was one of the most prominent artists of 15th century Italy and is known for his interest in the civilisation of ancient Rome. This interest is evident in the porphyry sarcophagus on which Christ and the angels rest.

License:
Courtesy of the National Gallery of Denmark
For more:
http://www.smk.dk/en/explore-the-art/highlights/andrea-mant…