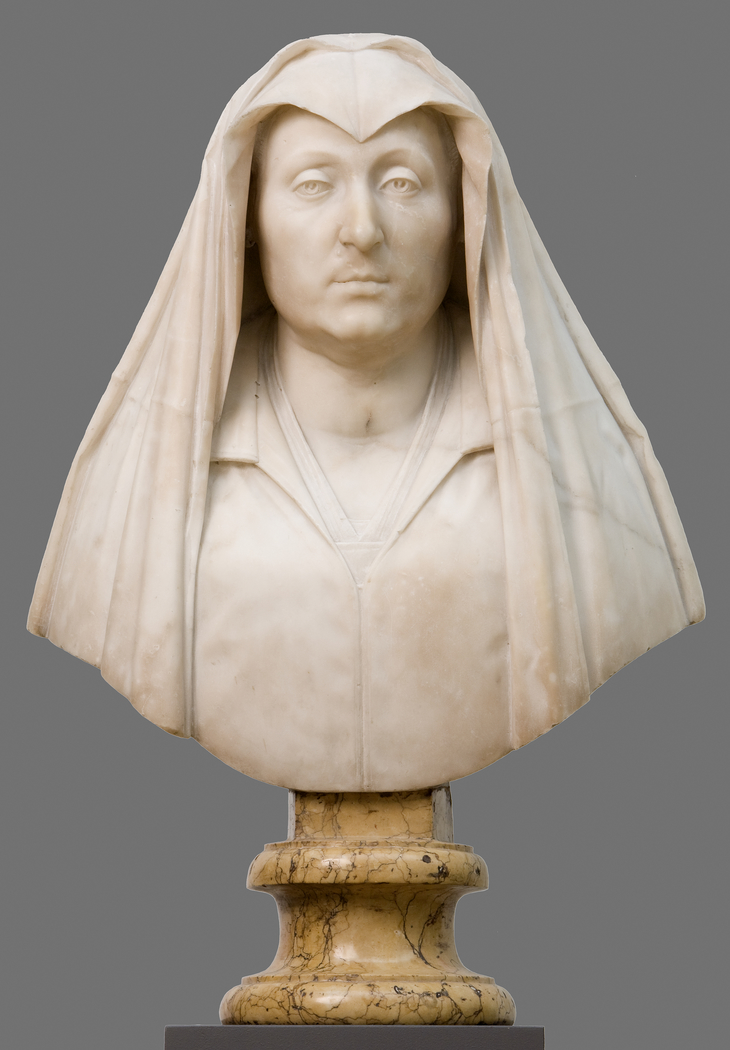 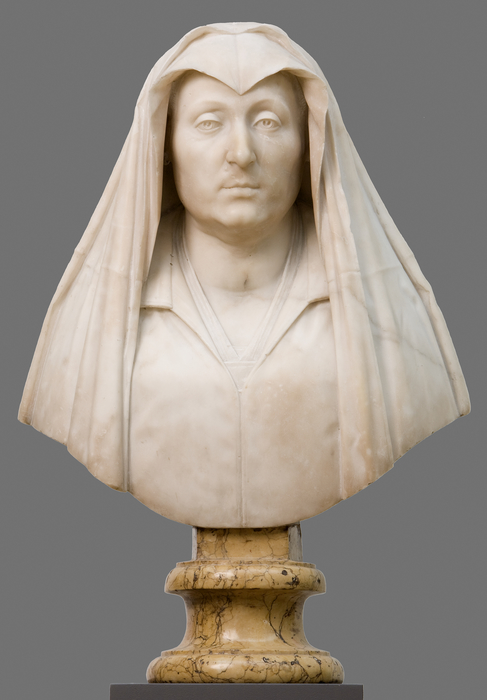 1619
At the tender age of 20, Giovanni Lorenzo Bernini, one of the greatest sculptors of the Baroque, created this bust of the mother of Cardinal Maffeo Barberini (1568-1644), Camilla Barbadori. A few years later, after the cardinal was appointed Pope and took the name Urban VIII, he became Bernini’s most important patron.

The bust of Camilla Barbadori was to join a companion piece of the cardinal’s father, prince Antonio Barberini (1507-1571), in niches in the family vault at the Sant’ Andrea della Valle in Rome.

The Baroque features.
The uniquely Baroque feature of this work is the play of light and shade. It is evident in the contrast between Camilla Barbadori’s smooth face and the deep shadows created where the cloak meets the neck and throat, as well as in the eyes which appear full of life when seen from a distance. This is because Bernini carved very deep furrows around the pupils, creating a deep shade that allows spectators to make their own interpretations of what they see.