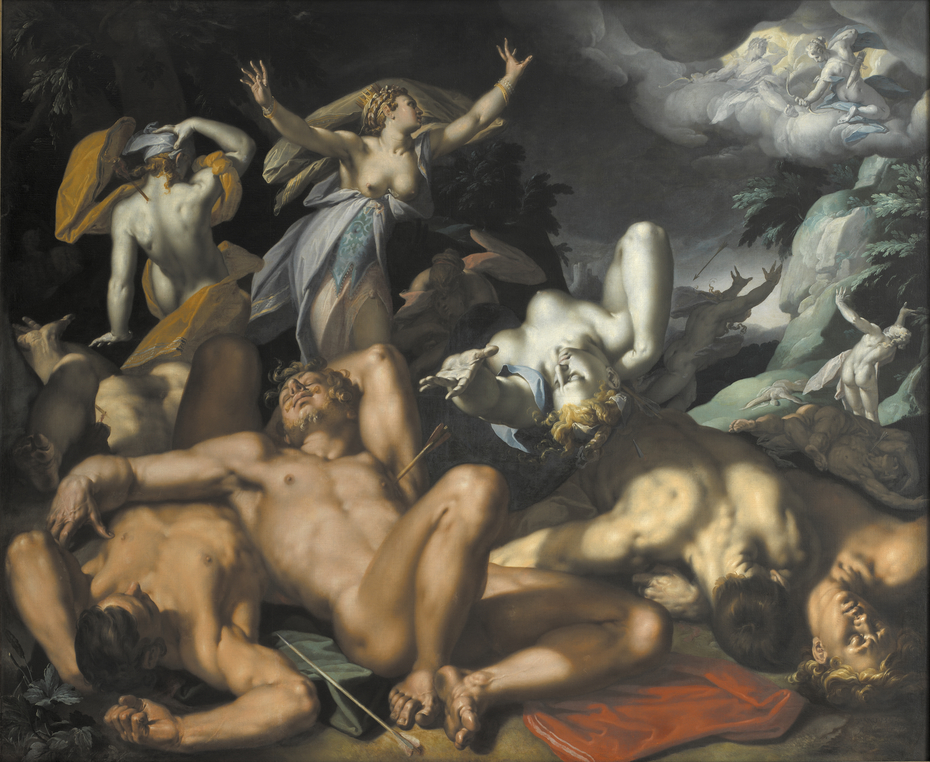 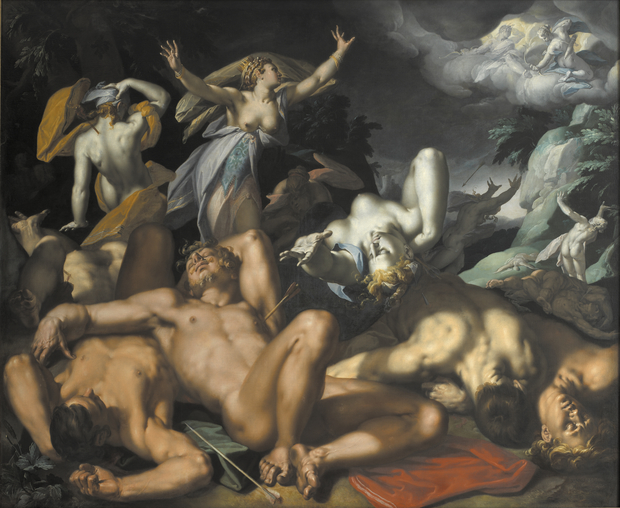 Apollo and Diana Punishing Niobe by Killing her Children

Niobe was the daughter of the proud King Tantalus of Phrygia. She married Amphion, the king of Thebes, and bore him seven sons and seven daughters. She bragged of her many children and chided the goddess Latona, mother of the twins Apollo and Diana, for having only two. In vengeance, Apollo and Diana carried out a massacre. They are shown in the clouds showering arrows down onto Niobe’s children.

In his famous Schilder Boeck from 1604 Karel van Mander relates how the painting was originally intended for Rudolph 2. (1552-1612) in Prague, a patron of many Mannerist artists.

License:
Courtesy of the National Gallery of Denmark
For more:
http://www.smk.dk/en/explore-the-art/highlights/abraham-blo…