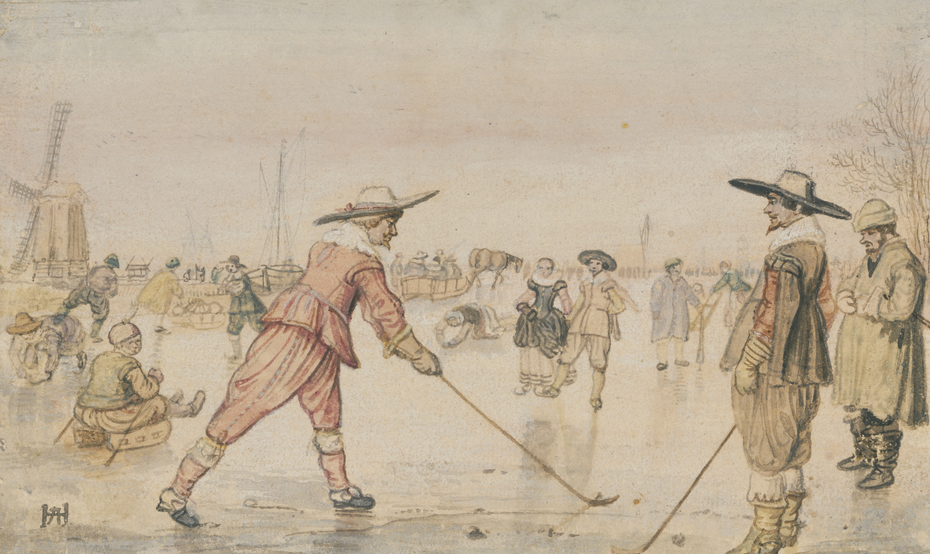 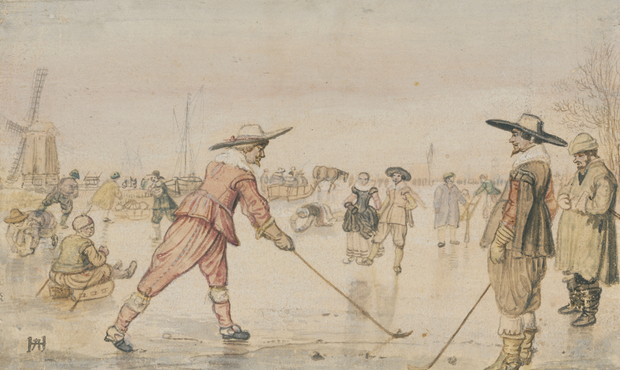 1615 - 1620
Under a pale grey winter sky, a variety of figures enjoy ice skating, sledging and conversing. In the foreground, two men play colf, a traditional Dutch sport that is a cross between golf and ice hockey. Hendrik Avercamp, was the first Dutch artist to elevate watercolor and gouache drawings to the status of paintings. His skill is visible here in details like the fine pen and ink lines describing the figures, or the delicate gouache coloring suggesting shadows on the ice. His typical monogram is visible in the lower left (the letter H enclosing the letter A), indicating he saw this as a finished work, not a study.

Avercamp was a prolific draftsman, and helped popularize such landscapes with seventeenth-century Dutch collectors. His contemporaries would have appreciated this winter scene on multiple levels. The skaters, some of whom have fallen on the ice, would have suggested the notion of de slibberachtigheyt van's menschen leven or "the slipperiness of human life," to remind viewers of life's brevity.