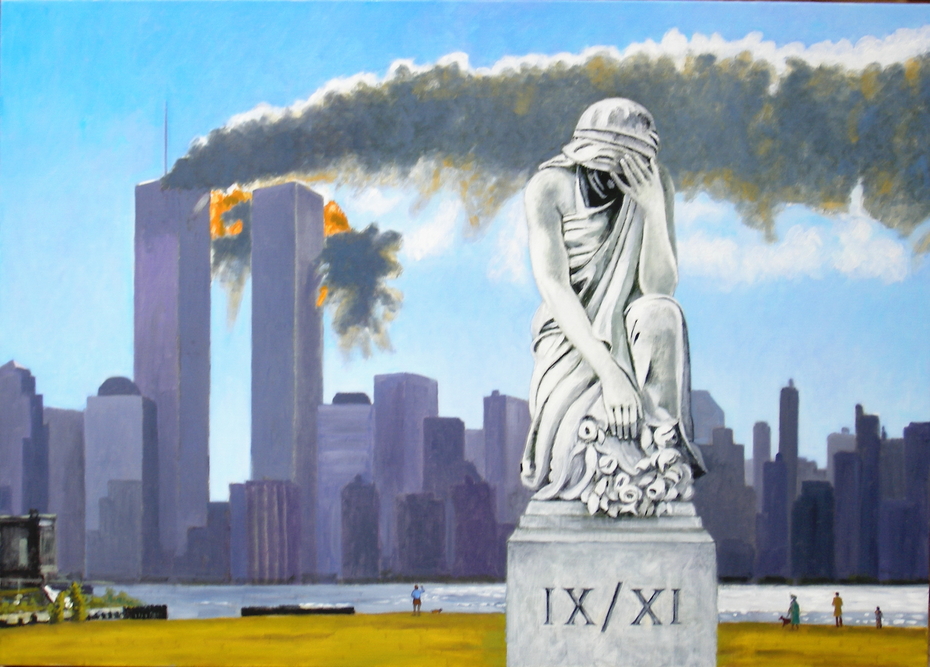 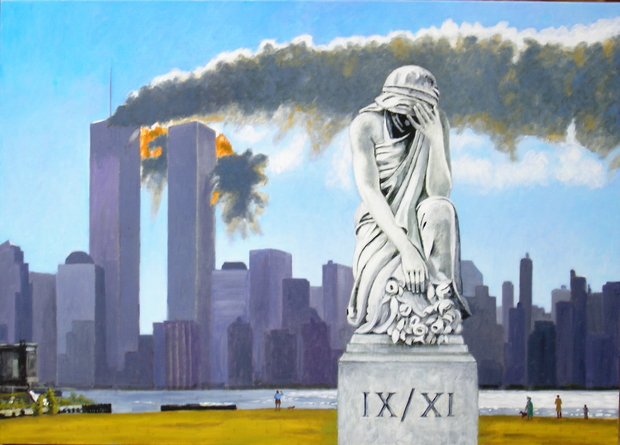 2007
This painting commemorates and mourns the Islamist fundamentalist attacks on the World Trade Center towers, New York in which around 3000 people were killed in 2001. The scale of the grief statue in the foreground is uncertain - it could be as huge as the Statue of Liberty, which it naturally evokes. I was not in New York in 2001 and so I used photographs of the scenes of destruction. Of course it is paradoxical that a grief monument to 9/11 should be present while the attack on the twin towers is in progress. While some New Yorkers walk their dogs by the water’s edge, flames and smoke engulf the twin towers across the estuary.

Personifications of abstract ideas such as liberty and victory by means of female rather than male figures has a long history in Western art and culture. The gender bias is thought to derive from the feminine gender of abstract nouns of virtue in many Indo-European languages. This issue is discussed by Marina Warner in Monuments and Maidens: The Allegory of the Female Form, (London: Wiedenfeld & Nicolson, 1985). There also seems to have been a division of labour regarding the emotions in society - women have been thought of as expressing grief in public more than men. Sorrowful female figures became very popular as additions to tombs and graves in nineteenth century cemeteries especially those in Paris. The photographer David Robinson calls them ‘saving graces’ and has documented many examples; see his book Saving Graces: Images of Women in European Cemeteries, (New York & London: W.W. Norton & Company, 1995). 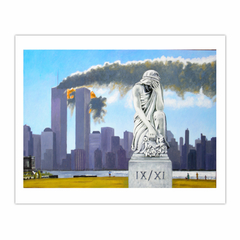