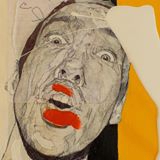 OPERA HOLLAND PARK COMMISSION, KENSINGTON AND CHELSEA - 2013, 2012, 2010, 2009. The brief is to respond through painting to the Opera's seasonal productions, which generally consists of six Operatic productions. Life size reproductions are then exhibited at the opera house and throughout London. They are also used in there preview magazine as inside and front cover artwork. The magazine has a half million syndication.

FOUNDER & CREATIVE DIRECTOR OF GEISHA ARTS - FEB 10 – JAN 2012 Geisha Arts was a unique concept in exhibition space, working to provide an eclectic and inspiring environment for Brighton's thriving contemporary arts community. striving to avoid compromise and act as a truly individual creative realm, unrestricted by commercial interests and led by the artists who kept the exhibits dynamic, fresh and reflective of the true spirit of art.

GEISHA ARTS BRIGHTON – THE LAUNCH - JUNE 10The three day high profile launch of an an exhibition, featuring work by some of the UK’s most celebrated & collectable art makers. The event was in support of the charity International Childcare Trust which improves the lives of some of the world’s most vulnerable children.   Artists include Goldie (Renowned DJ & Graffiti artist), Matt Small (Leading International Urban Artist) and myself.

HOPE IN LIFE , Black Rat Press - MAY – SEPT 08 Novas exhibition and workshopWorking with disaffected youth in sheltered housing to involve them in an urban art exhibition about youth and self-expression.
more >
22