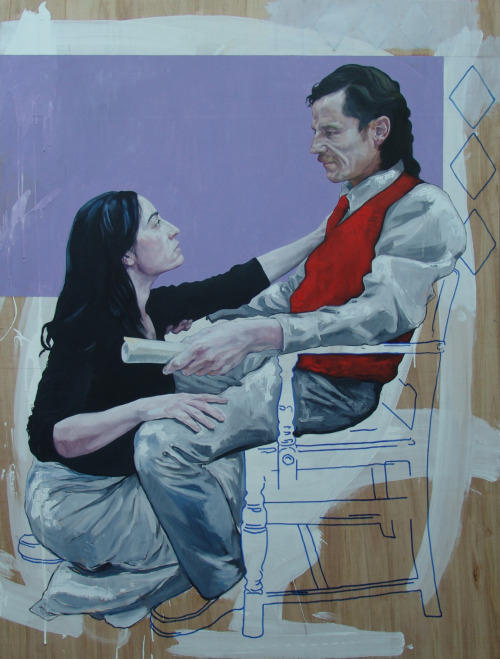 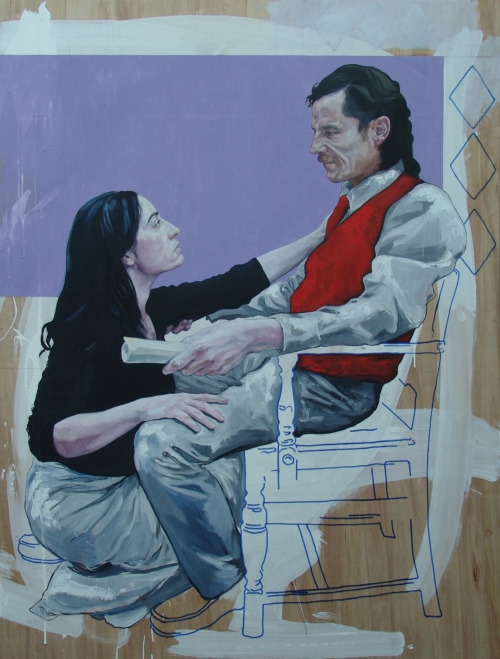 Oil on Board
In this depiction due to the double bill production I thought it interesting to create a diptych of Zanetto and Gianni Schicchi. In which I have placed the characters Silvia and Laureta as one in the same, with obvious emphasis on Lauretta who on her knees grasps at her father. The Schicchi painting focuses on ‘O mio babbino caro' scene in which Lauretta pleads to her father. Schicchi holding a rolled parchment (the will), is seated on a chair only markered in to add a sense of fickleness and deception of Schicchis trickery. Schicchi, a sometimes parodied harlequin figure as seen in Mehcovitz’s poster for a 1918 production, usually dressed in red. Which seems apt, as Schicchi briefly appears in Dantes 8th level of hell. I’ve further added to the Harlequin parrody by borrowing elements of composition and colour from Picasso’s ‘The Harlequin's Family', 1905. The harlequin ‘ the devils messenger’ serves as a potent addition to schicchis overall personality worthy of the hatred bestowed upon him by the family.

License:
All rights reserved. Exhibited on USEUM with the permission of the rights owner.
For more:
http://zacharywalsh.squarespace.com/zachary-walsh/single-ga…