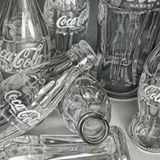 Marco Picci was born on the 14 agust 1974 in Carbonia Sardinia (IT); he lives and works in Adliswil (CH). He started drawing in 1992, self taught, urged on by a passion which had been growing since a very young age. He has undertaken private studies in drawing, using pencils, wax crayons (pastels), Chinese ink and charcoals, therefore enabling him to build up his very own personal and recognisable artistic style.

Since 1995 he has concentrated on watercolor painting, an often lesser used technique due to its difficulty and the impossibility of making even the smallest of corrections, but which at the same time brings out extraordinary precision, in light affects, colour and transparency. He prefer portraits and personal models with a hyperrealist inspiration, in which his strong character emerges, and emphasises his love for that technique and a meticulous attention for details.
He prefer portraits and personal models with a hyperrealist inspiration, and emphasises his love for that technique. Picci’s personal style is best shown in what is his “trademark”, present in several of his paintings,
A depiction of the glass bottle of the famous brand Coca-Cola. This icon-witch is among the most
Popular of the Twentieth century- becomes the main theme of his criticism, consumerism seen through a simple bottle that embodies an object whit a strong appeal but devoid of real values.
The social criticism of Marco Picci is equivalent to that of great American hyperrealist masters who often are a source of inspiration for the Sardinian painter.
Watercolour, criticism of the modern culture and an obsessive attention to the detail are the traits that both distinguish and witch are able to capture the attention even of the more absent-minded audience.
Written by Marco Loi.