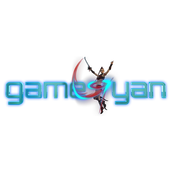 GameYan is Group of Yantram Studio Which is leading Game Development and Movie Production Company India and USA. GameYan Studio – a brand with having Branch in New York name Yantram Animation Studio Corp. We are ISO 9001:2008 Certified company and also the Autodesk authorized developer.

We are started GameYan Animation Studio in 2004. And we are Completed 11 years of experience with 45+ resources and so far delivered 4000+ Projects in 33 Countries.

Services We offer at GameYan Studio:

Visit us at http://www.gameyan.com for more information.
more >
10