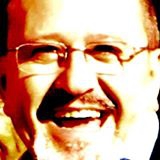 Antero Guerra was born in 1957, in a small village in central Portugal.

Growing up in a family of less substantial means, he started going out to work very young. But, he was also very young when he discovered that he had a strong vocation for visual arts. His first drawings date back to the time when he discovered paper and pencil, even before starting primary school!

In his youth, he immersed himself in photography, painting and cinema – super 8 and later, video.

He took part in dozens of exhibitions of painting and photography, both collective and individual. Nevertheless, everything he produced was always imbued with a sense of experimentation and on-going self-learning.

During the 80’s, he took up a professional career in video and graphic arts. During this time, he also collaborated with various activities linked to clubs, politics and journalism.

In the past, there was first prize at national level for tapestry, an RTP (Portuguese national television) for video, prizes and honourable mentions for photography, the first participation from the Iberian Peninsula in the Tokyo Video Festival, display of digital art in the U.S.A., etc.

In this “return”, as opposed to the minimalist or surrealist language of his youth, he decided upon a style of classical realism and portrait drawing out of a strong necessity for relearning, self-discipline and method training. In an unstoppable process and with rapidly increasing improvement, his output has already reached high levels both in terms of quantity and quality.

He began to exhibit these new works in 2013.