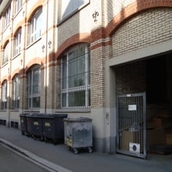 The Gottfried Keller Foundation (GKF) was established in 1890 by Lydia Welti-Escher, the daughter and heir of the politician, business leader and railway entrepreneur Alfred Escher. She bequeathed a large portion of her estate to the Confederation, with instructions that the revenues from it be used to acquire important works of visual art for Swiss museums. The Foundation's name since its inception is a homage to the celebrated Swiss poet and painter Gottfried Keller, who was a friend of the Escher family.

Decisions on the acquisition of artworks are taken by the Gottfried Keller Foundation Commission, whose five members are appointed every four years by the Federal Council. The objects purchased remain the property of the Confederation, and are deposited with Swiss museums on permanent loan. [source]
more >