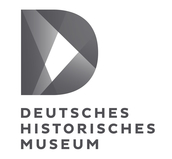 The Deutsches Historisches Museum (German Historical Museum) is Germany’s national historical museum. Located in Berlin’s historic district of Mitte, it sees itself as a place of active communication and discussion of history.

In addition to acquisitions made by the MfDG, the stocks also included the militaria collection of the former Royal Prussian Zeughaus (Armoury). Supplemented by numerous new acquisitions since 1987, the collection of the Deutsches Historisches Museum now comprises some 900,000 objects. The Deutsches Historisches Museum has placed a large part of its collections at the disposal of researchers and the interested public online through its Database.

The Permanent Exhibition in the Zeughaus, German History in Images and Artefacts, with more than 7,000 objects, provides a unique overview of German history within its international context. The museum’s temporary Special Exhibitions can be seen in the Exhibition Hall designed by the Chinese American architect I.M. Pei. They are devoted to formative historical events, epochs and social developments.

A broad spectrum of additional information is conveyed through the exhibitions to specific groups by means of guided tours and history workshops. Scholars as well as history aficionados can also attend such events as lectures, panel discussions and conferences at the museum.

The Zeughauskino with its collection of historical film material shows thematic and monographic film series from the entire spectrum of German and international film history. This includes programmes linked thematically to the respective Special Exhibitions. It is also a venue for numerous festivals and film days.

The Deutsches Historisches Museum also has a public Reference Library with an extensive department of manuscripts as well as old and valuable prints, and a Picture Archive with around 500,000 photos on German and European history, important estates acquired from photographers and agencies, as well as documentations of the collections.

The Living Museum Online (LeMO), a cooperation with the Haus der Geschichte der Bundesrepublik Deutschland in Bonn and the Federal Archive, is a virtual museum. It offers sound historical information as well as a large collection of textual and visual sources on European history from 1815 to the present day. [source]
more >
3