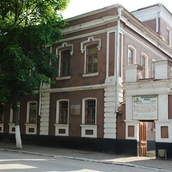 The museum in the city has existed since 1901. The founder is considered a student of Moscow University N.M. Guselnikov. The original goal of the museum was to facilitate primary school education. During the revolutionary actions in Yelets, the museum was destroyed and reopened as a visual aids museum at the department of public education on September 6, 1918.

Its initiators were the writer M.M. Prishvin and teacher A.N. Safonova. In 1919, the museum was looted as a result of the invasion of Mamontov’s troops. In 1922, after restoration, it was opened as the Yelets Proletarian Museum. Since 1927, the exposition has been built mainly on local history materials and the museum is called the museum of the local region. In the fall of 1941, funds were forced to evacuate. The damage exceeded 390 thousand rubles. In 1946, the exposition was restored, and the museum received its visitors in the building where it is currently located. In 1971, the museum is listed in the book of honor of the Lipetsk region and to this day is very popular.
more >
2