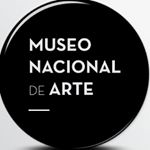 The museum’s permanent collection is designed to give a panoramic view of the development of the fine arts in Mexico from the early colonial period to the mid-twentieth century.
The artworks are subdivided into three distinct periods. The first covers the colonial period from 1550 to 1821. The second covers the first century after Independence and the third covers the period after the Mexican Revolution to the 1950s. Works created after that time period are on display at a number of museums, including the Museum of Modern Art in Chapultepec Park.