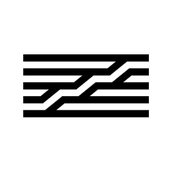 Having inherited the collections of the musée du Luxembourg, created in 1818 to house state purchases from living French artists, the musée mational d'art moderne-centre de création industrielle now contains Europe's leading collection of modern and contemporary art. It is also one of the largest in the world, with over 100 000 works dating from 1905 to the present day.

Initially set up in the Palais de Tokyo in 1947, the collection was based on the musée du Luxembourg's store of works by French artists, and those of the Musée du Jeu de Paume, dedicated to contemporary foreign schools. Its first director, Jean Cassou, sought out donations and purchases from artists to fill the gaps in the national collections. The core, consisting of masterpieces by Henri Matisse, Pierre Bonnard, Robert Delaunay, Georges Braque and Pablo Picasso.

When the Centre Pompidou opened in 1977 and the museum moved into the new building designed by architects Renzo Piano and Richard Rogers, the collection began to expand in a new way. The institution's multidisciplinary standpoint, focused on truly topical creation, profoundly influenced the Centre Pompidou's purchasing policy by including contemporary artists and opening out to art from all over the world. Major figures in modern art previously absent from the museum now entered the collection, including Giorgio de Chirico, René Magritte, Piet Mondrian and Jackson Pollock, alongside key names in the international contemporary scene, like Joseph Beuys, Andy Warhol, Lucio Fontana and Yves Klein.

Now laid out in a new, deliberately decompartmentalised way, the museum circuit revealed the wide diversity of contemporary art and new territories of creation. Photography made an appearance, together with moving images, experimental films and videos. The expansion of the collections was spectacular, and in 1993, the museum entered a new phase in its history with the incorporation of industrial creation and the architecture and design collection. It was now called the musée national d'art moderne-centre de création industrielle. Since then, its collections have continued to grow (largely through the generosity of its donors), and to open out to new art scenes.