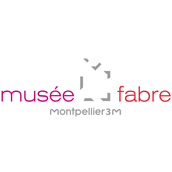 The Musée Fabre is a museum in the southern French city of Montpellier, capital of the Hérault département.

The museum was founded by François-Xavier Fabre, a Montpellier painter, in 1825. Beginning in 2003, the museum underwent a 61.2 million euro renovation, which was completed in January 2007. It is one of the main sights of Montpellier and close to the city's main square, the Place de la Comédie. The museum's national importance is recognised by it being classified as a Musée de France by the French Ministry of Culture. [wikipedia]
more >
8