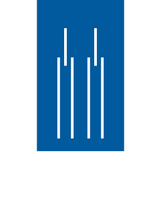 The Cathedral of Saint Mary of Burgos (Spanish: Catedral de Santa María de Burgos) is a Catholic church dedicated to the Virgin Mary located in the Spanish city of Burgos. Its official name is Santa Iglesia Catedral Basílica Metropolitana de Santa María de Burgos. Its construction began in 1221, following French Gothic patterns. It went through major changes in the 15th and 16th centuries: the spiers of the main facade, the Chapel of the Constable and dome of the cruise, elements of the advanced Gothic which give the temple its unmistakable profile. The last works of importance (the Sacristy or the Chapel of Saint Thecla) were constructed in the 18th century, in which the Gothic portals of the main facade were also modified. The style of the cathedral is the Gothic, although it has several decorative Renaissance and Baroque elements as well. The construction and renovations were made with limestone extracted from the quarrys of the nearby town of Hontoria de la Cantera.

The design of the main facade is related to the purest French Gothic style of the great cathedrals of Paris and Reims, while the interior elevation as a reference to Bourges Cathedral. It consists of three bodies topped by two lateral square towers. The squelettes of Germanic influence were added in the 15th century and are the work of Juan de Colonia. In the outside are outstanding also covers del Sarmental and la Coronería, 13th century Gothics, and the cover de la Pellejería of 16th century Plateresques-Renaissance influences. [source]
more >
1