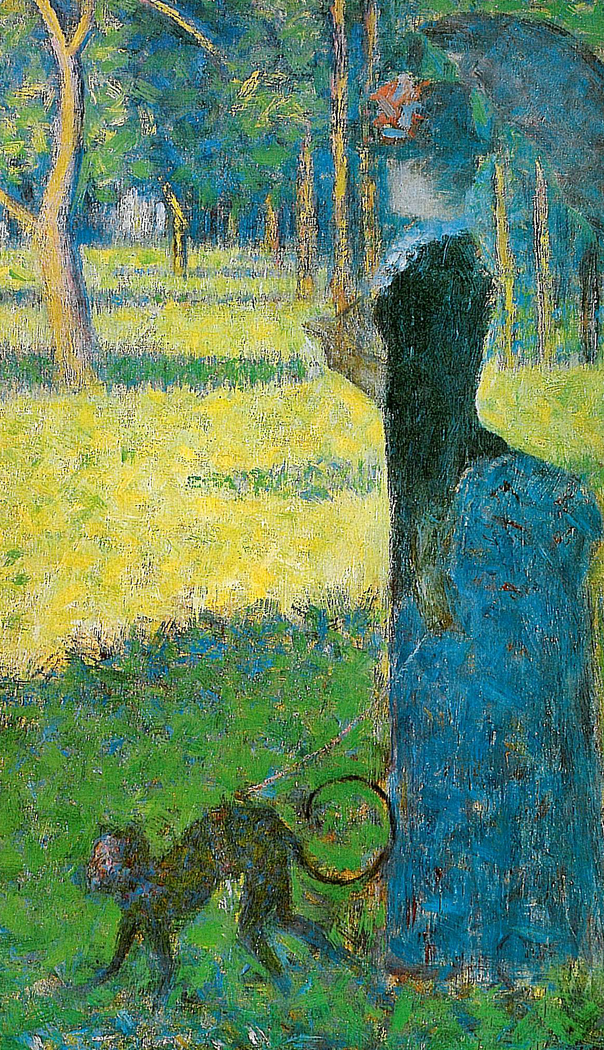 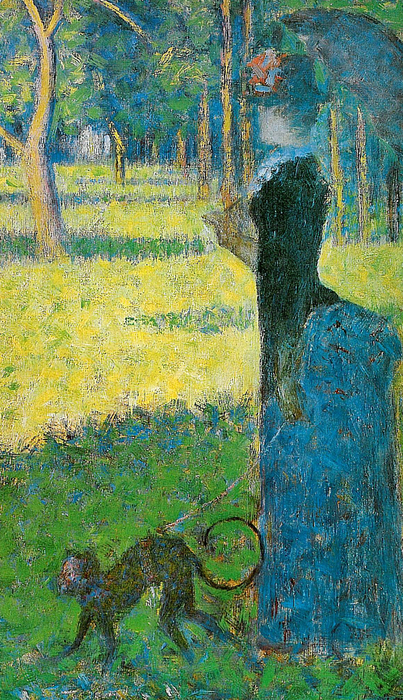 1884
This small panel is a study for Seurat's "Sunday Afternoon on the Island of La Grande Jatte," his monumental painting--roughly 6 x 10 feet in size--now in the Art Institute of Chicago. Seurat made extensive preliminary drawings and oil studies for many of his larger paintings, a practice he had learned while studying at the traditional Ecole des Beaux-Arts in Paris. "Sunday Afternoon on the Island of la Grande Jatte" is painted in his "pointillist" style, characterized by small dots of pure color. However, this study, which may have been executed directly in front of the scene, was painted in a looser, more spontaneous manner. La Grande Jatte is an island on the Seine near Neuilly, a suburb of Paris; during Seurat's time it was a fashionable leisure site for picnicking, walking, and boating, as his large painting reveals. This study depicts a stylishly-dressed woman with a parasol walking a pet monkey on a leash. Monkeys were not common pets in Seurat's day, and some critics concluded that the monkey, a traditional symbol of lust, indicated that this woman was a prostitute. However, her dress suggests she is a typical middle-class stroller, and the meaning of the monkey remains ambiguous. In the final painting she is accompanied by a well-dressed man.