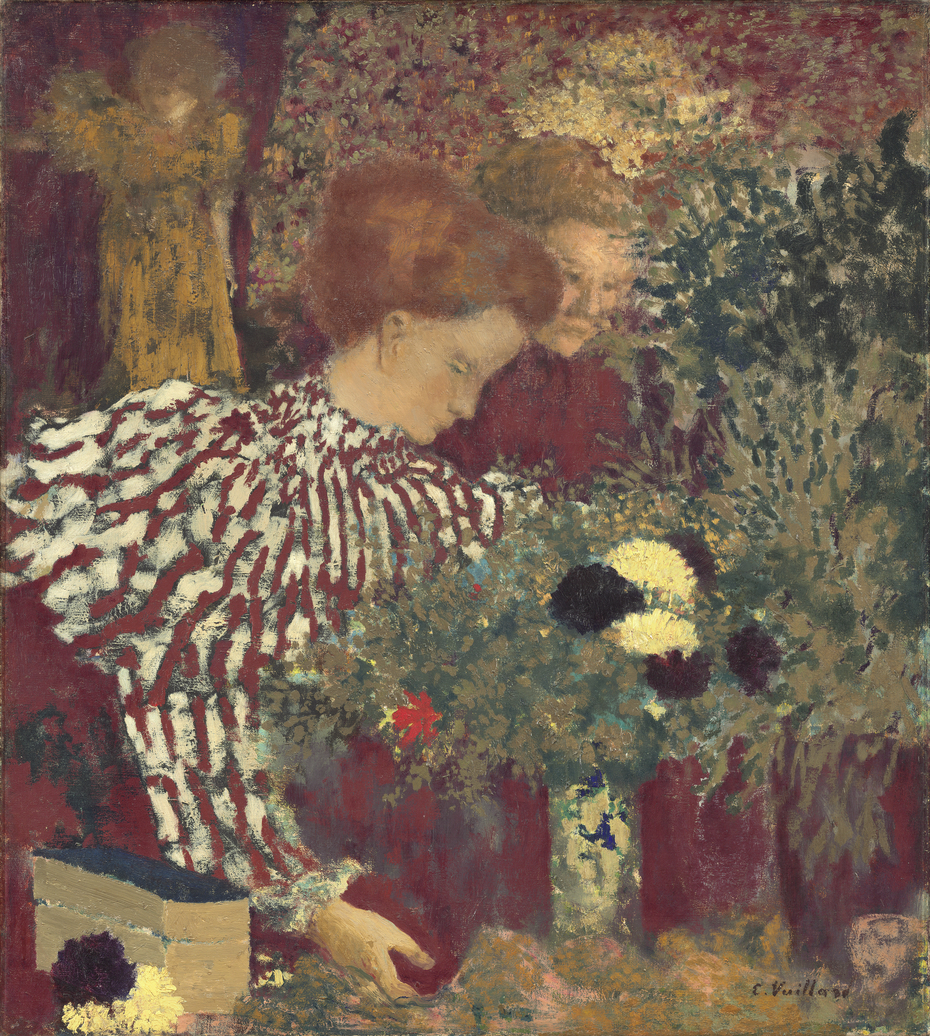 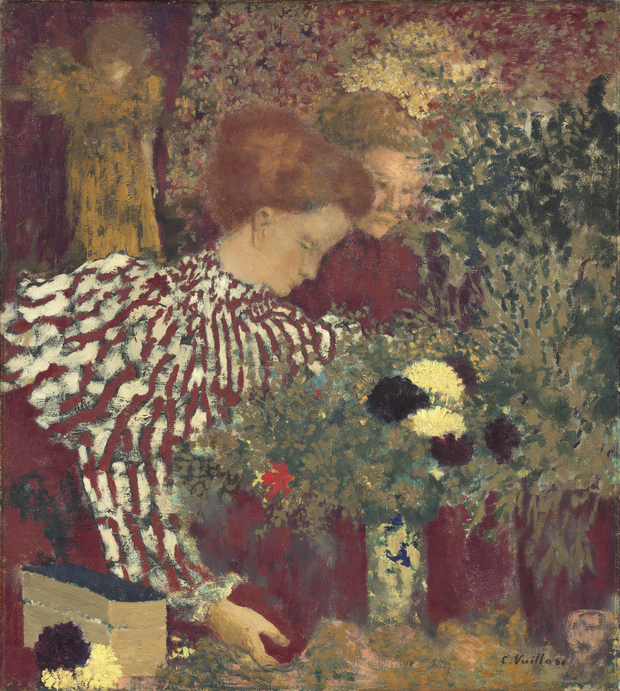 Woman in a Striped Dress

1895
Vuillard belonged to a quasi-mystical group of young artists that arose in about 1890 and called themselves the Nabi, a Hebrew word for prophet. The Nabi rejected impressionism and considered simple transcription of the appearance of the natural world unthinking and unartistic. Inspired by Gauguin's work and symbolist poetry, their paintings evoke rather than specify, suggest rather than describe. Recognizing that the physical components of painting -- colored pigments arranged on a flat surface -- were artificial, they considered as false the traditional convention of regarding paintings as re-creations of the natural world.

Woman in a Striped Dress is one of five decorations Vuillard painted in 1895 for Thadée Natanson, publisher of the avant-garde journal La Revue Blanche, and his wife Misia Godebska, an accomplished pianist. The five, which differ in size and orientation, are intimate, self contained interiors, Vuillard's principal subject. All display rich harmonies in a restricted range of color and densely arranged in intricate patterns. The introspective woman arranging flowers here perhaps represents the red-haired Misia, whom Vuillard admired greatly. Vuillard adopted the symbolist idea of synesthesia, whereby one sense can evoke another, and in Woman in a Striped Dress the sumptuous visual qualities of Vuillard's reds may suggest the lush chords of music that Misia performed.