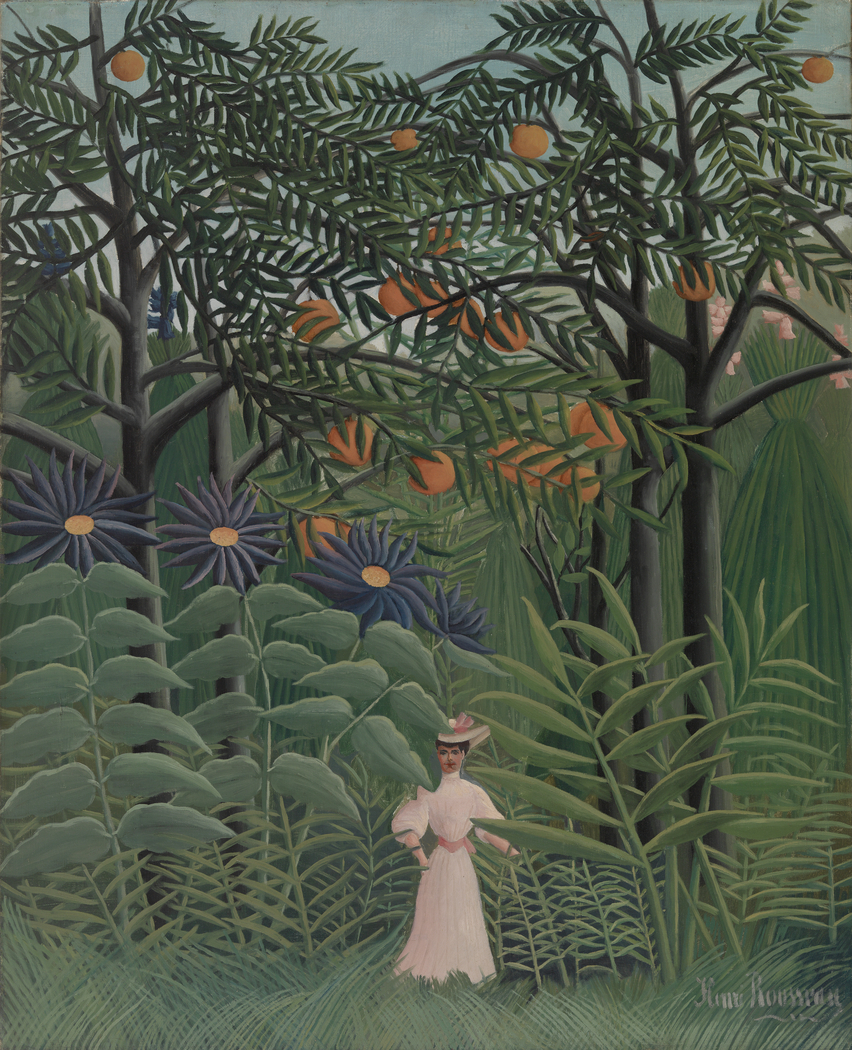 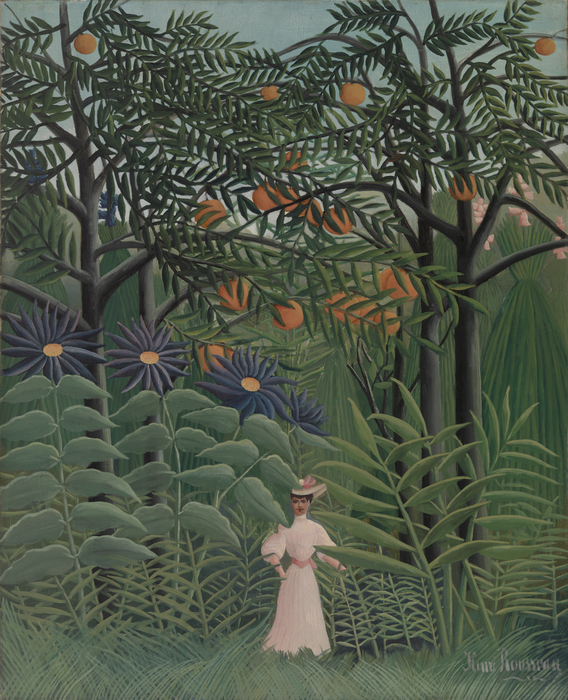 Woman Walking in an Exotic Forest

Henri Rousseau became the unlikely hero of the Parisian avant-garde for his "naïve" style and enigmatic themes. Here he takes a seemingly ordinary subject—a fashionably dressed woman out for a stroll—and makes it strange. The figure is dwarfed by oversize plants and fantastic purple flowers, while oranges almost twice the size of her head dangle above. She is clearly out of her element: this is underlined by the lack of a clear path on which she might continue. The vaguely surprised woman recalls the startled animals in the artist's jungle pictures, including Monkeys and Parrot in the Virgin Forest.