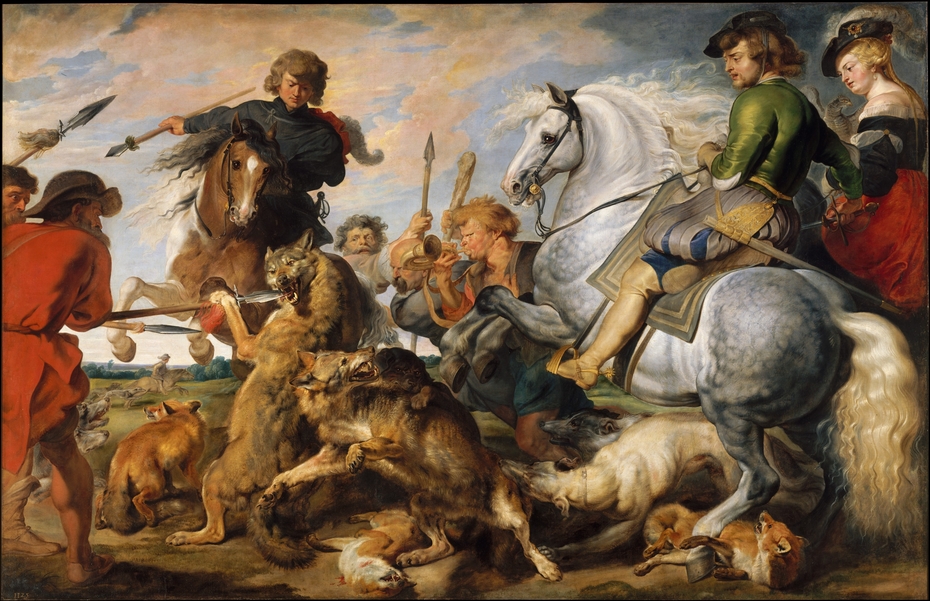 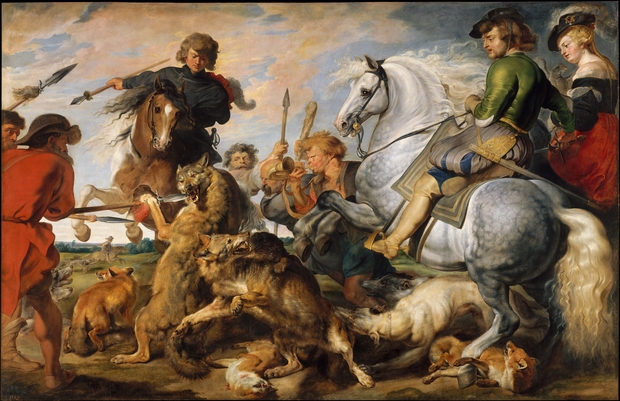 1616
With characteristic business acumen, Rubens created a market for a new art form: very large hunting scenes painted on canvas, of which this one is the first. The few earlier examples were either models for or copies after tapestries, but Rubens’s large "hunts" of about 1616–21 were made as replacements for that very expensive medium. This canvas, originally more symmetrical in design, was trimmed at the top and left side because (according to a client in 1616) "none but great Princes have houses fitt to hange it up in." Rubens painted the picture with the help of assistants but declared that the wolves were his own work. (Source: The Metropolitan Museum of Art)

License:
The Metropolitan Museum of Art
For more:
http://www.metmuseum.org/collection/the-collection-online/s…