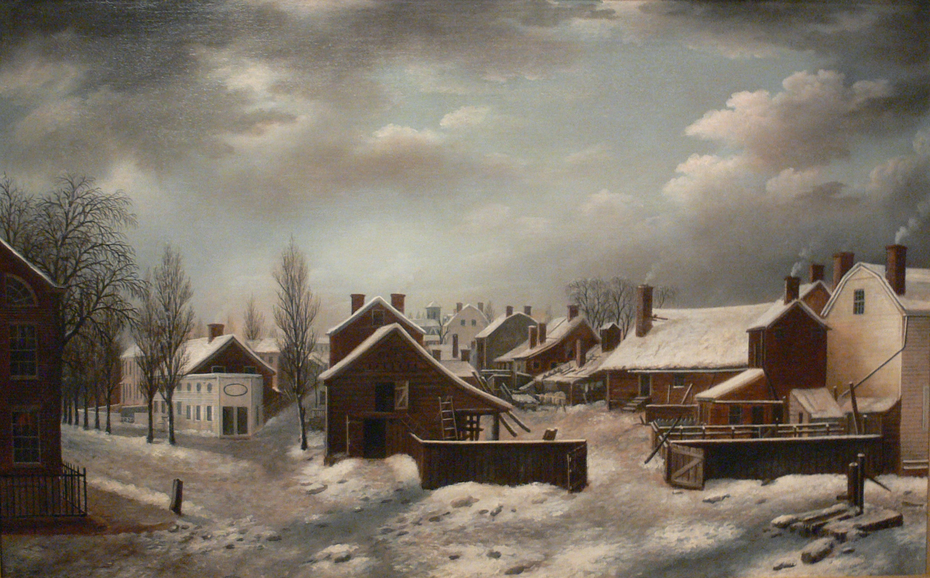 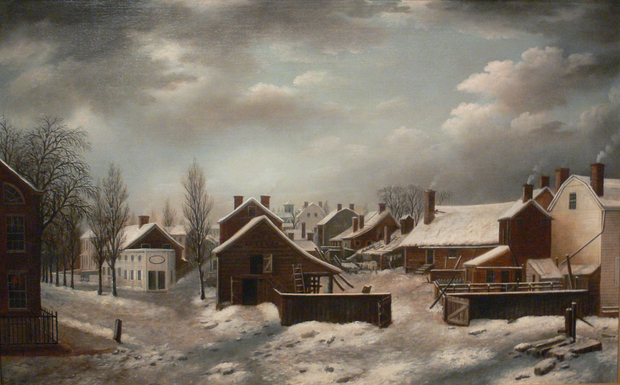 1817 - 1820
This remarkably detailed view of early 19th-century Brooklyn is of Francis Guy's neighborhood, seen from his studio on Front Street. It is also one of the largest and finest surviving examples of the topographical tradition of American landscape, a school of painting focused on describing the cities and views of the young republic. The businesses and homes along Front, James, and Fulton streets were so clearly identified that a reviewer for the Columbian magazine in May 1820 enthusiastically praised the accuracy of the various compositions (Guy painted at least three similar Brooklyn views):"The stables, barn, and old back buildings of Mr.Titus stand well contrasted with the handsome buildings of Messrs. Sands, Graham, and Birdsall, &c."