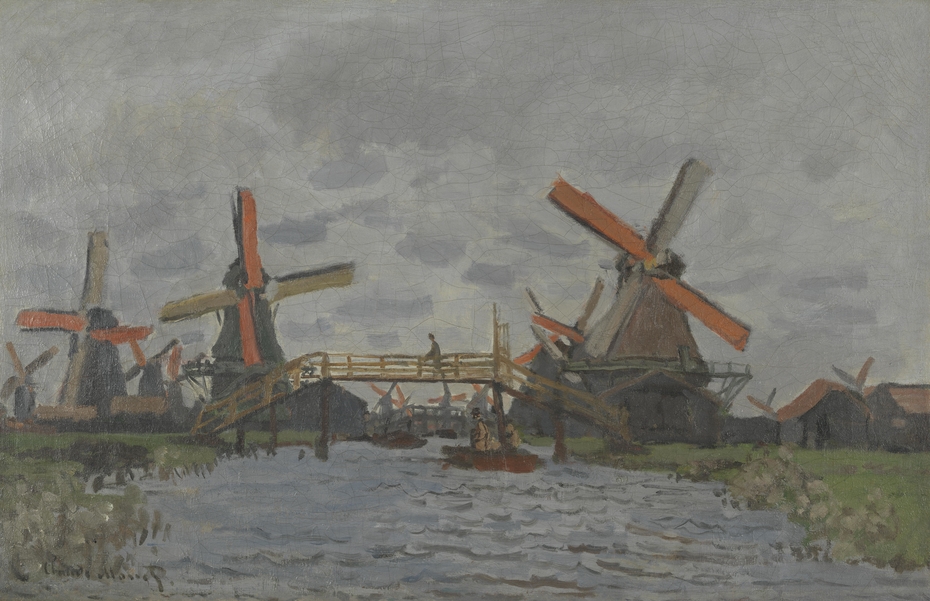 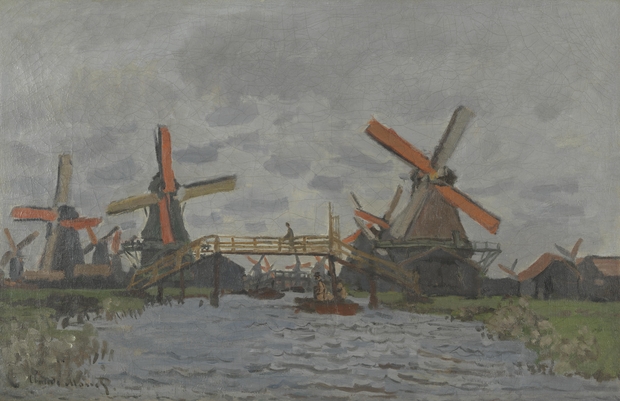 1871
The French artist Claude Monet was the leading figure among the Impressionists. He paid three visits to the Netherlands, during the first of which he spent four months in Zaandam. It was ‘all very amusing’, he wrote to his friend, the artist Camille Pissarro: ‘Houses in every colour, mills by the hundred and delightful boats, exceptionally friendly Hollanders who almost all speak French. There is enough to paint for an entire lifetime.’ Or at any rate for an entire summer: he painted no fewer than 24 canvases with scenes from Zaandam. Mills in the Westzijderveld shows the polder landscape to the west of Zaandam, with its distinctive wind-powered sawmills and sheds. Monet painted the landscape on an overcast day in a loose, experimental style. The orange-red sails of the windmills stand out all the more strongly against the grey sky. The viewpoint suggests that Monet painted the scene from a boat. These are ‘top-turning’ windmills, the sails of which are decorated with orange and white summer covers, typical of the Zaandam region. From May to October they were replaced with yellow and brown winter sails.