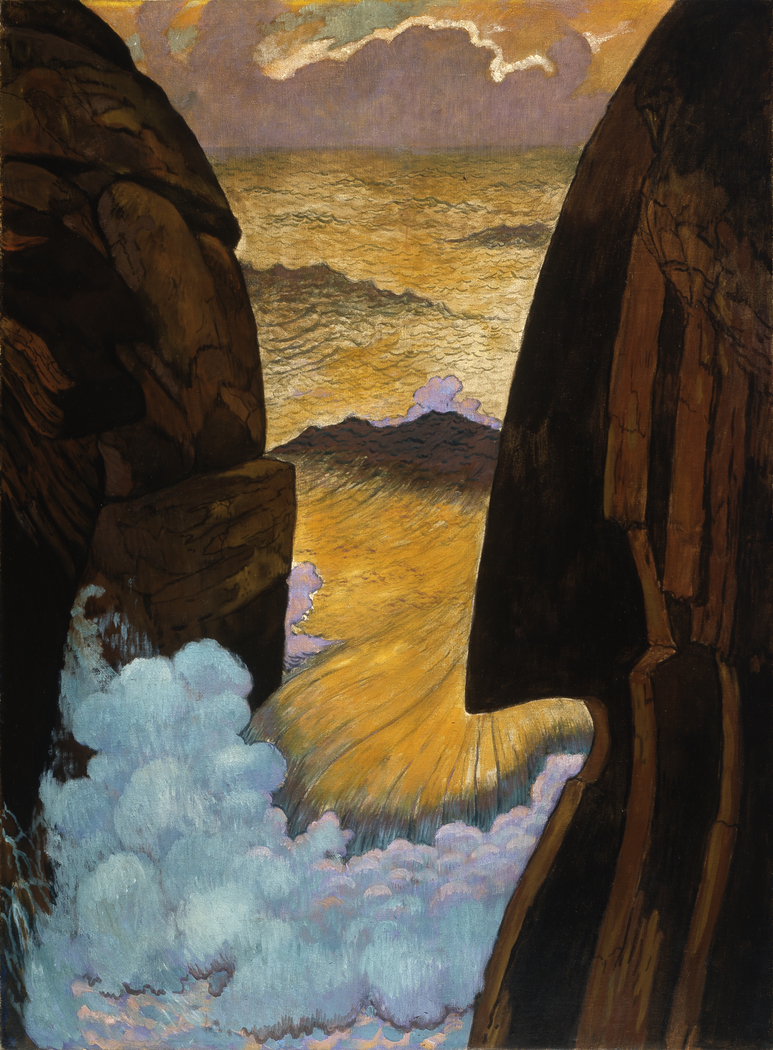 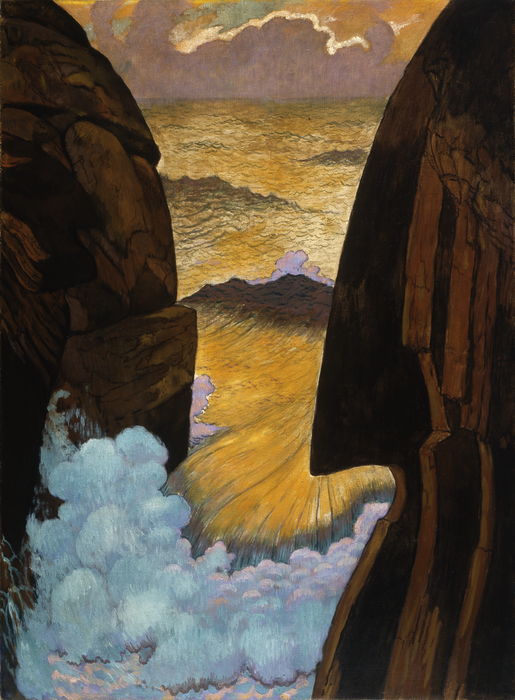 1896 - 1897
Gallery label:
Influenced by Gauguin, Lacombe espoused the artist's right to interpret nature according to his own imagination. During the mid-1890s he painted the steep cliffs of Vorhor in Brittany, suggesting human forms amid the craggy rocks. He also exaggerated nature's colors, choosing vivid tints of turquoise, mauve, and gold. From Japanese prints Lacombe borrowed the flattened perspective and stylized treatment of the breaking waves. Drawn into the narrow gap where the sea pounds the shore, the viewer senses an air of foreboding and a mystical element that binds Lacombe to the Symbolist movement. [source]

Gift of the Alliance of the Indianapolis Museum of Art