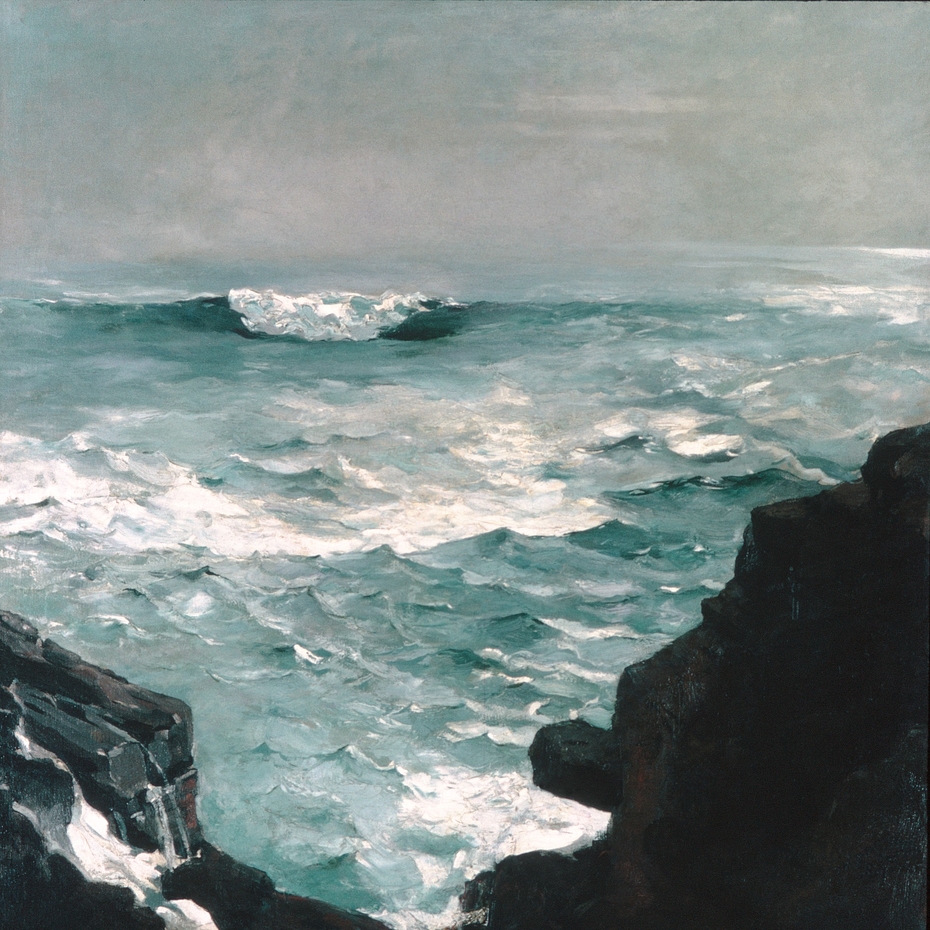 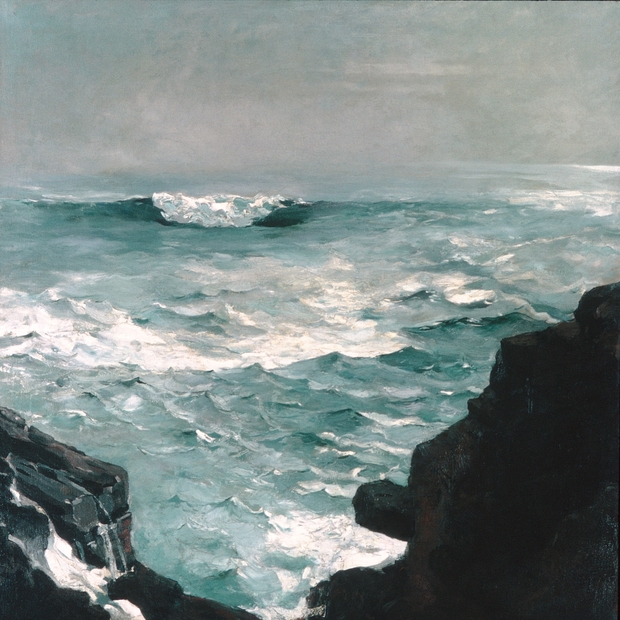 1895
Homer spent most of the last twenty-five years of his life at Prouts Neck, Maine, which lies on a rugged stretch of the Atlantic coast about twenty miles south of Portland. There, he painted several of his most powerful seascapes—scenes that express his appreciation of nature’s power. Cannon Rock took its name from its resemblance to a cannon seen from behind and from the booming sound of the surf breaking at its base. For this painting, Homer seems to have distilled from nature its elemental components—rocky shore, pounding sea, and leaden sky—and arranged them on the square canvas with impressive graphic skill. (Source: The Metropolitan Museum of Art)

Notes from the contributor:
Gift of George A. Hearn, 1906