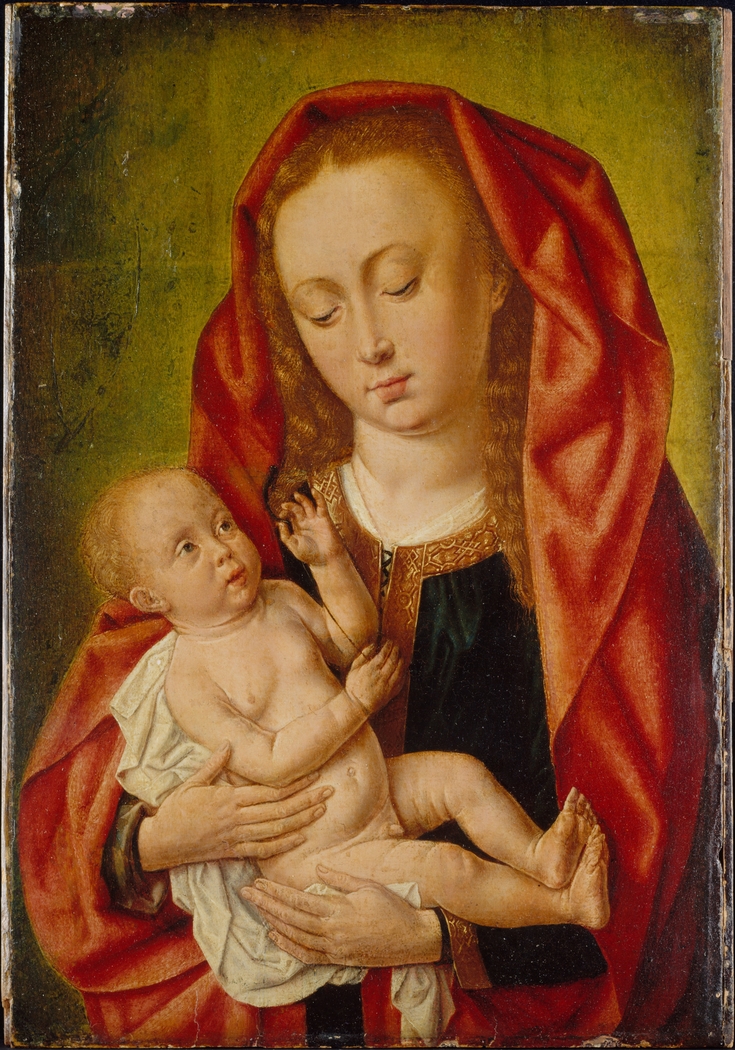 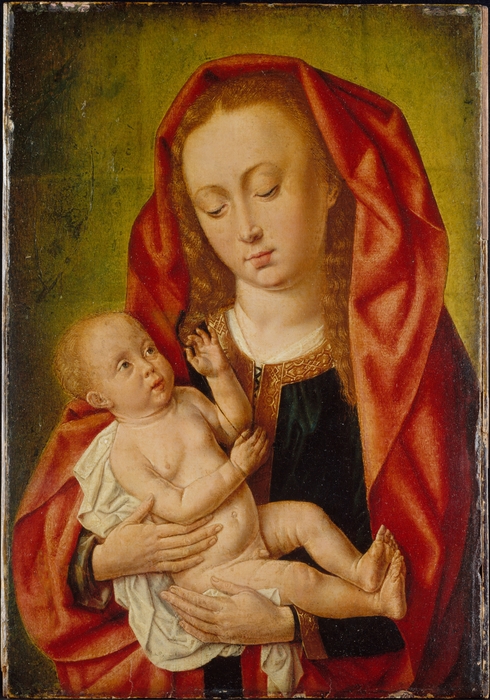 Virgin and Child with a Dragonfly

1500
Among the eponymous masters of Northern Renaissance painting is one whose name derives from two remarkable panels in the National Gallery, London, that represent scenes from the life of Saint Giles. Although certain stylistic features of his work, most notably the manner of rendering light and texture, suggest a Netherlandish background for the artist, his portrayal of sites in Paris points to a livelihood made in that city. Indeed, the oeuvre of the Master of Saint Giles indicates that he was an itinerant artist who perhaps trained in the Netherlands and was subsequently active in Paris.
Several panels showing the Virgin and Child readily demonstrate that the Master of Saint Giles was influenced by the work of Rogier van der Weyden and Dieric (Dirk) Bouts. The dragonfly is symbolic of the Devil, here subdued by Christ, who through the Incarnation, Crucifixion, and Resurrection triumphed over Satan.

License:
Courtesy of the Metropolitan Museum of Art
For more:
https://www.metmuseum.org/art/collection/search/459073