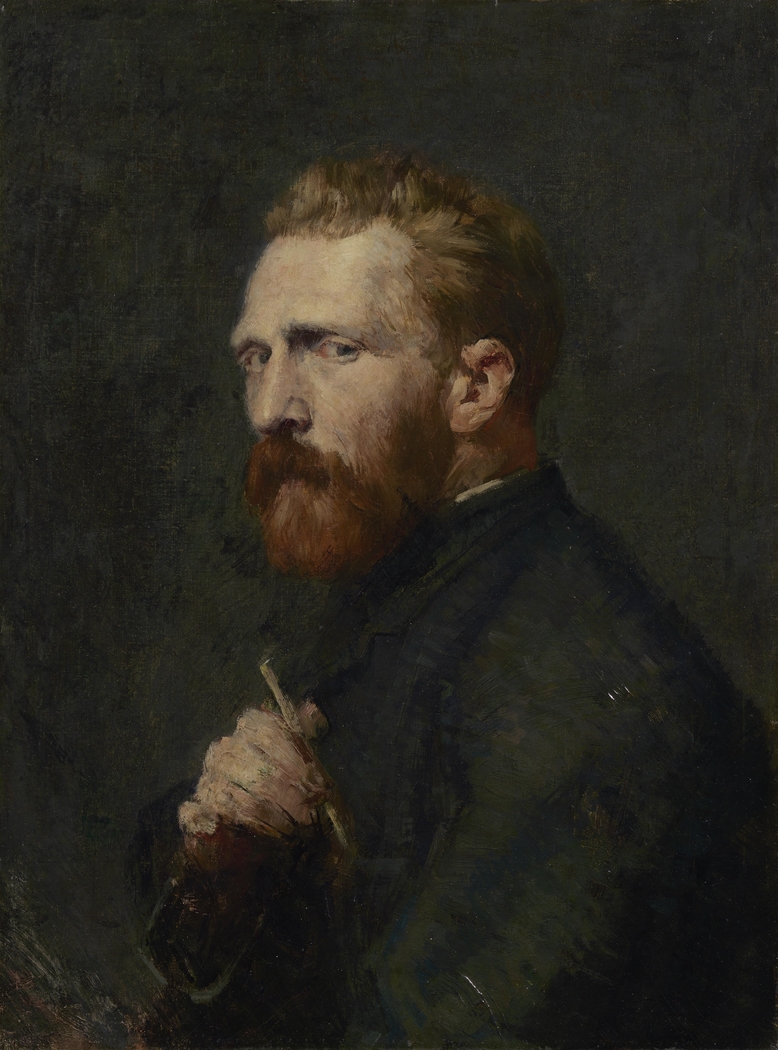 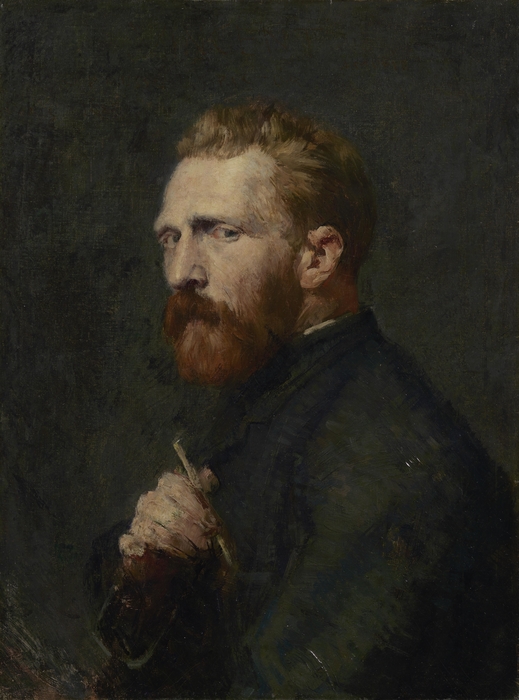 1886
The Australian painter John Peter Russell got to know Vincent at Fernand Cormon’s studio. He painted this portrait of his friend in 1886 in a conventional, realistic style. It is clearly influenced by photography, although the face and the hand still show Impressionist touches.

The portrait was not so dark originally. Another artist, Archibald Standish Hartrick, met Van Gogh at Russell’s studio. He later recalled: ‘[Russell] had just completed that portrait of him in a striped blue suit.’ You can indeed just make out a few little blue stripes at the lower edge of the painting. Analysis has revealed, moreover, that the words ‘Vincent, in friendship’ were painted in red over Van Gogh’s head.

In Hartrick’s view, this was the most accurate portrait of Van Gogh – more realistic than the likenesses done by other artists or any of Vincent’s self-portraits. Van Gogh was very attached to it. Years later, he wrote to Theo: ‘take good care of my portrait by Russell, which means a lot to me.