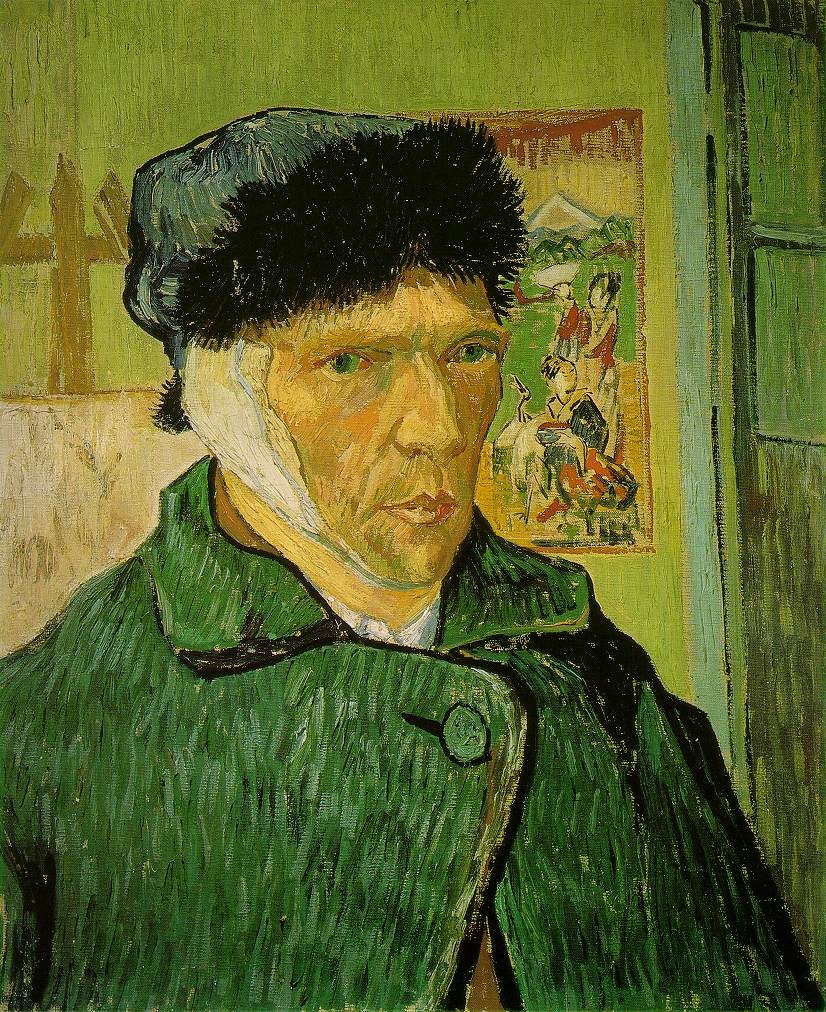 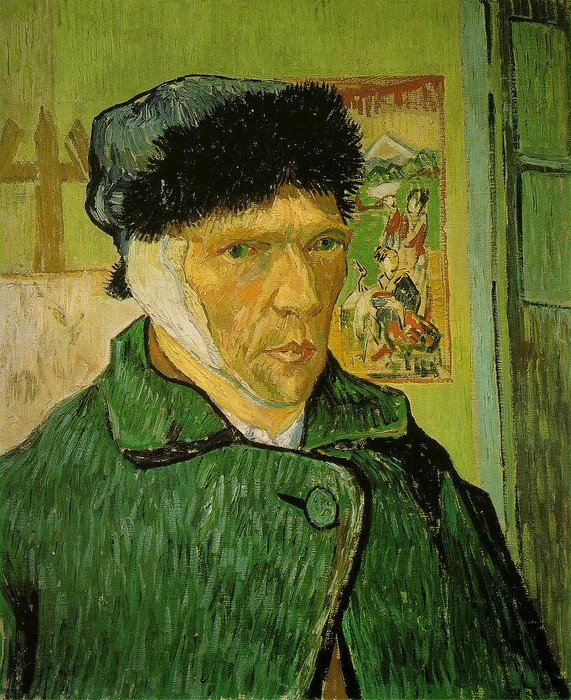 1889
This self-portrait was painted shortly after Van Gogh returned home from hospital having mutilated his own ear.

The prominent bandage shows that the context of this event is important. Van Gogh depicts himself in his studio, wearing his overcoat and a hat. Is it cold in the studio, or is this a sign of a lack of permanence?

His facial expression is still and melancholy, as though he is contemplating his position as an artist.

On the left, a blank canvas suggests that there is more work to come from this artist, as indeed there was, and a Japanese print on the right relates to an area of great artistic interest for him.

This is a manipulated copy of a real print by Sato Torakiyo, owned by Van Gogh and pinned on the wall in his studio. In order to fit his own face into the composition, Van Gogh has shifted the figures and Mount Fuji across to the right.

Japan, much like Arles, was an exotic place of escape in Van Gogh’s imagination, and the two are condensed here, much as they are in The Crau at Arles: Peach Trees in Blossom(1889), also in the Courtauld’s collection, in which a snow-capped mountain in the background seems to recall Mount Fuji.