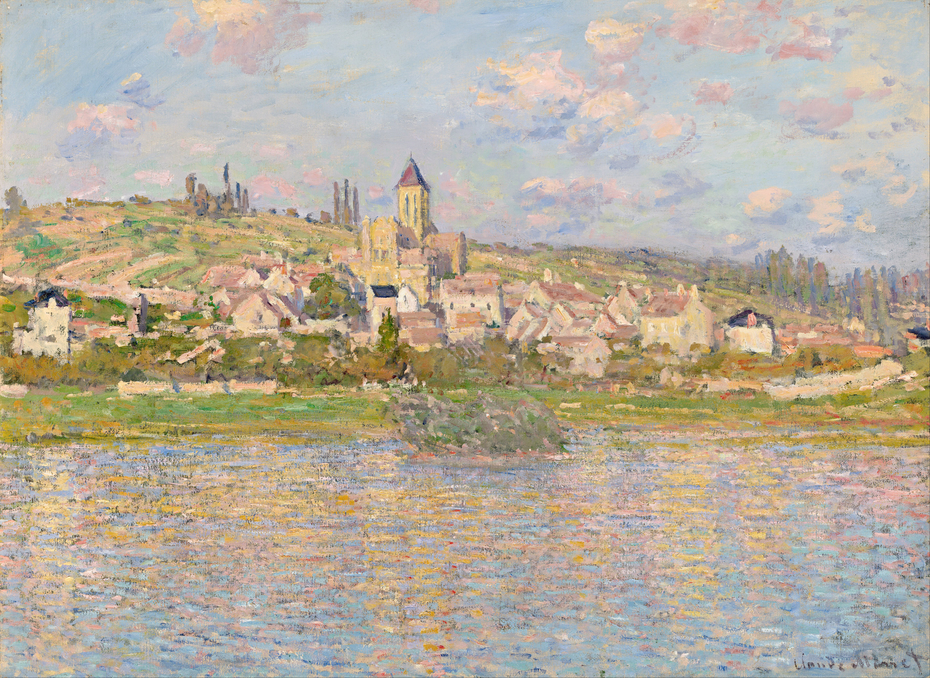 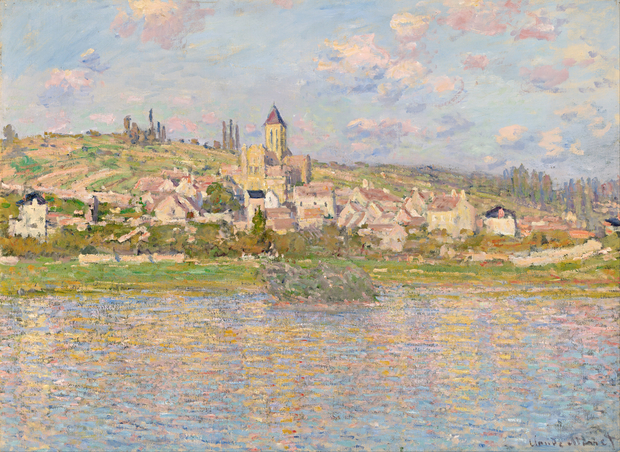 1879
In August 1878 a financially straitened Claude Monet moved from Paris to Vétheuil, a country town northwest of the capital bordering the Seine river between Paris and Rouen. A farming community of 622 inhabitants some 10 kilometres from the nearest railway station, the town was noted principally for its thirteenth-century Gothic church of Notre-Dame. Vétheuil lay across the river from Lavacourt, another small village on the banks of the Seine. There was no bridge, and the two towns communicated by means of a local ferry service. Monet, however, owned a houseboat, which served as a floating studio that he could ply up and down the river, mooring before motifs that he wished to paint. Vétheuil was probably painted from this boat, if not from one of the islands that dot the stretch of the Seine between Vétheuil and Lavacourt. Throughout 1878 and 1879, Monet painted many views in and around Vétheuil, observing its various aspects across the changing months, as seasonal light brought differing effects to the town’s architecture and setting. The artist has framed this and other views of his subject quite selectively, excluding from one of the busiest tradeways of western France all signs of heavy commercial river traffic. Instead he presented a view of Vétheuil that makes the town appear peacefully rural, animated only by Monet's virtuoso manipulation of shimmering, irridescent hues.