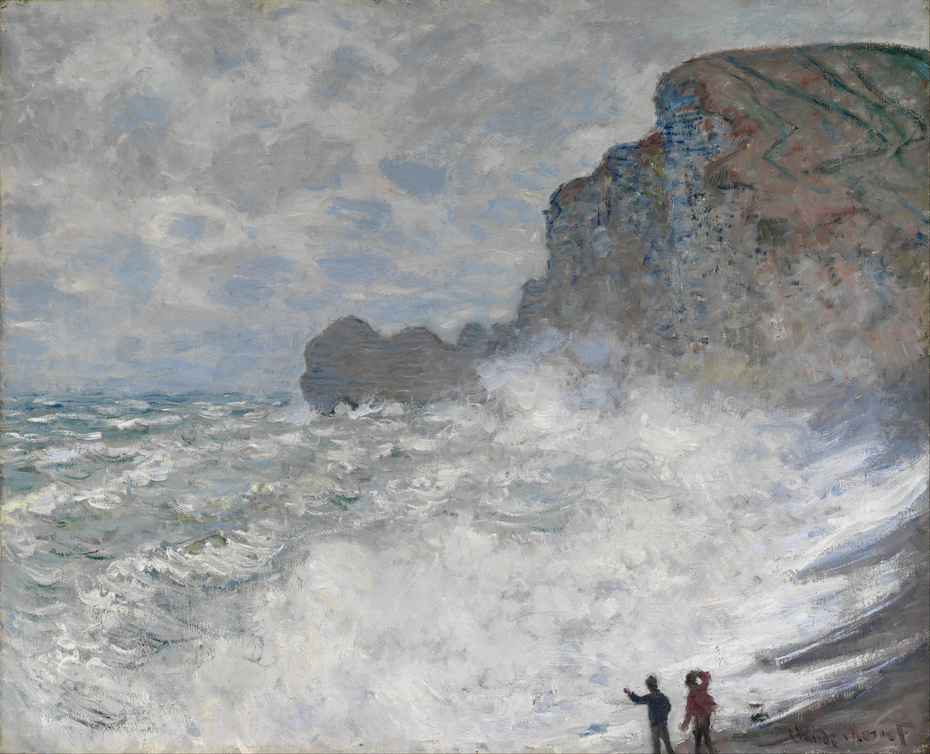 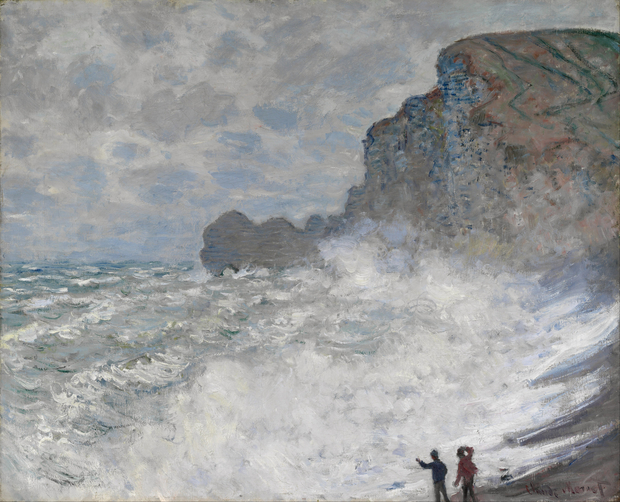 1883
Claude Monet’s choice of the popular seaside resort of Étretat, on the Normandy coast, for a working holiday in late January 1883 was perhaps prompted by the region’s fame as a recreational location. Étretat was situated directly above the beach, immediately to the right of the view depicted in Monet’s painting – but no indication is given here of the bustling presence of the town. The view has been framed instead to focus upon the awesome power of nature, whose majesty is underscored by the tiny scale of the waving figures at the water’s edge. There are, however, reminders of the relentless tourist paths beaten around Étretat – these can be seen in the heavy zigzags of the walking trails that surmount the cliff in the distance. Rough weather at Étretat seems to have been painted partly on the beach, directly in front of the motif. A single grain of sand still embedded in the surface of the paint hints at the chill wind and salt spray swirling around Monet as he worked outdoors on a winter’s day at the ocean’s rim. Rough surf was not uncommon at Étretat, where the pebbled ocean floor drops away very steeply, close to the shore. Monet made this pounding surf a central feature of his painting, and this motif was perfectly suited to the more vigorous brushwork he employed in the early 1880s.