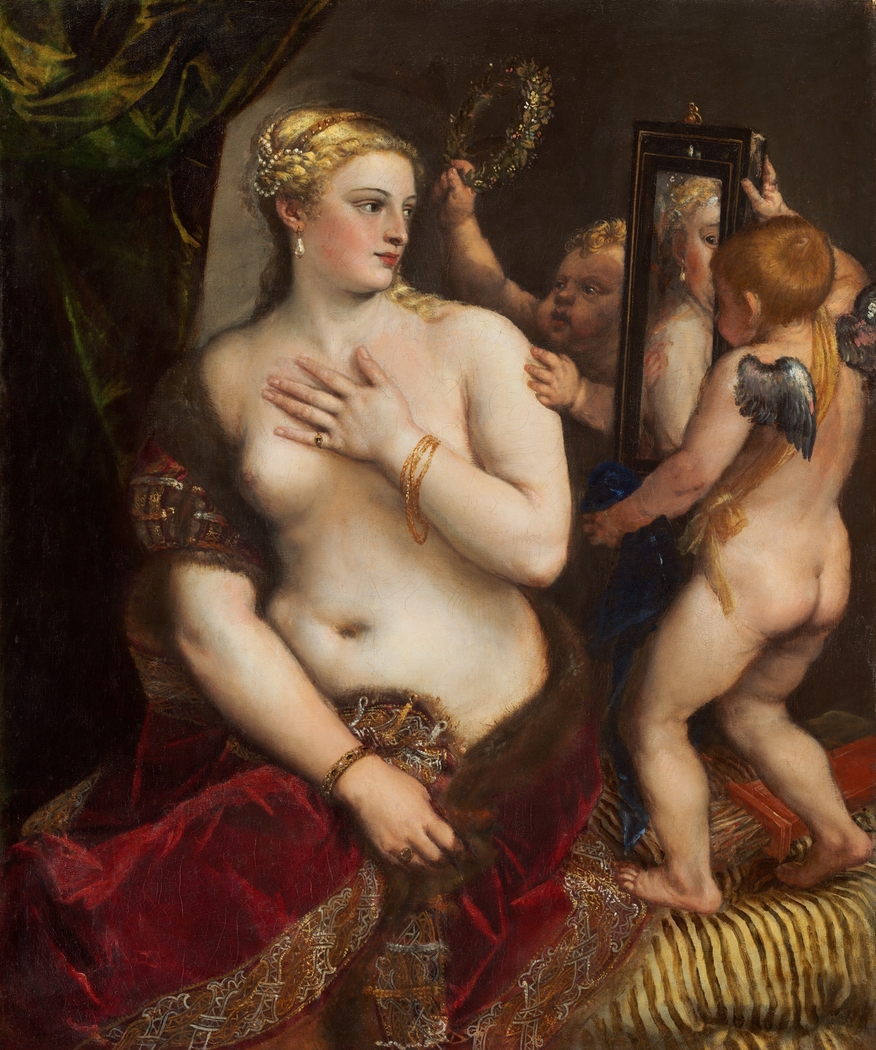 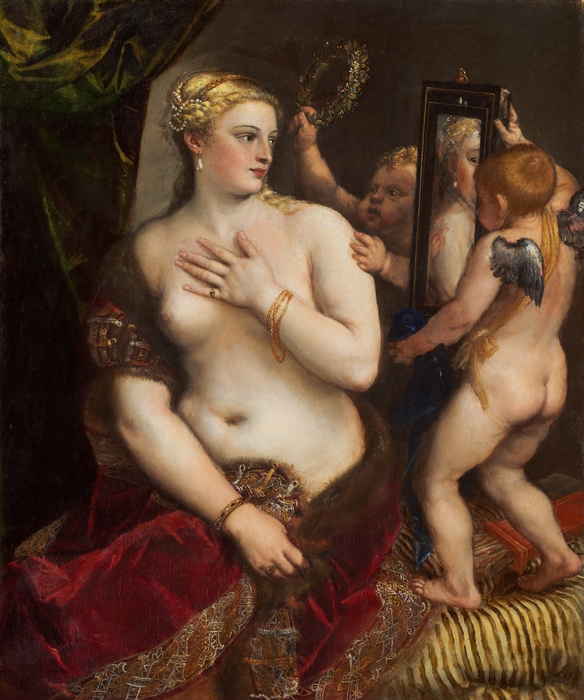 Venus with a Mirror

1555
At the core of Renaissance art is the revival of the classical past, and in his Venus with a Mirror, Titian revealed both his appreciation of antiquity and his remarkable modernity. During a sojourn in Rome he wrote that he was "learning from the marvelous ancient stones" that were being unearthed daily in the city. Indeed, he based the gesture of the goddess, her hands held to her breast and lap, on a famous Roman statue of Venus that later belonged to the Medici.

Yet Titian breathed a warmth and life into the remote source to conjure a startlingly immediate and sensual modern Venus. Her pliant flesh seems to melt at the touch of the cupid who strains to bestow on her the crown of love. While she pulls about her a wine–colored velvet wrap lined in fur, soft, opulent, and evoking the sense of touch, Venus reveals her body as much as she conceals it. The beautiful woman gazing at her reflection is a favorite theme of Renaissance love poetry in which the writer envies the fortunate mirror that enjoys his lady's splendid image. 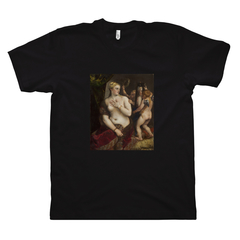