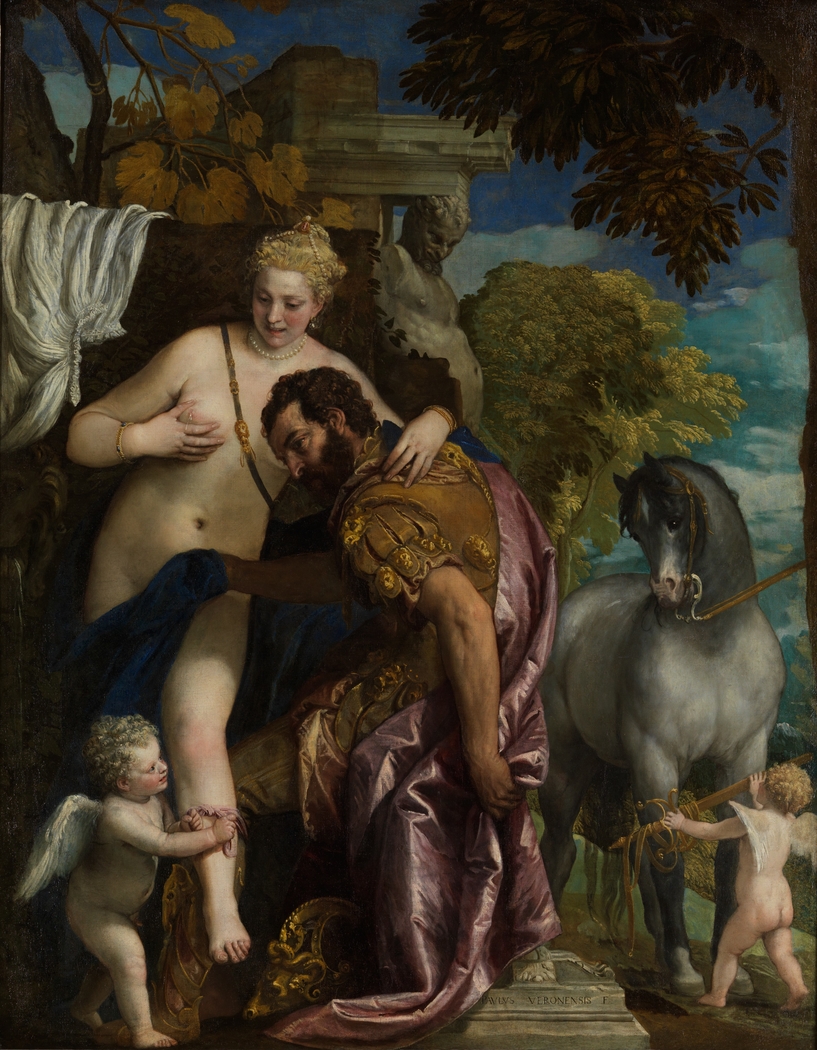 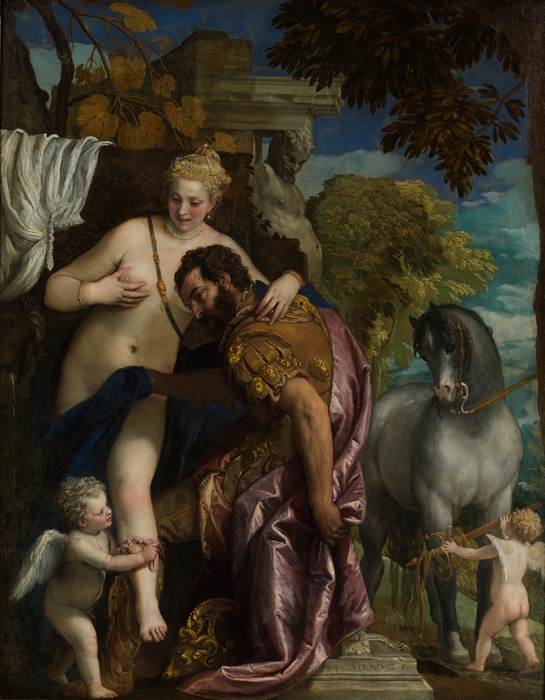 Venus and Mars United by Love

1570 - 1580
In this visually opulent and sensual painting, Cupid binds Mars (the god of war) to Venus with a love knot. It celebrates the civilizing and nurturing effects of love, as milk flows from Venus’s breast and Mars’s warhorse is restrained. By 1621 the painting was owned by Emperor Rudolf II in Prague, along with other mythological works by the artist (two are in the Frick Collection, New York), but its original owner is unknown. A masterpiece of light and color, works such as this had an enduring impact on later artists including Velázquez and Giambattista Tiepolo. (Source: The Metropolitan Museum of Art)

License:
Courtesy of The Metropolitan Museum of Art
For more:
https://www.metmuseum.org/art/collection/search/437891