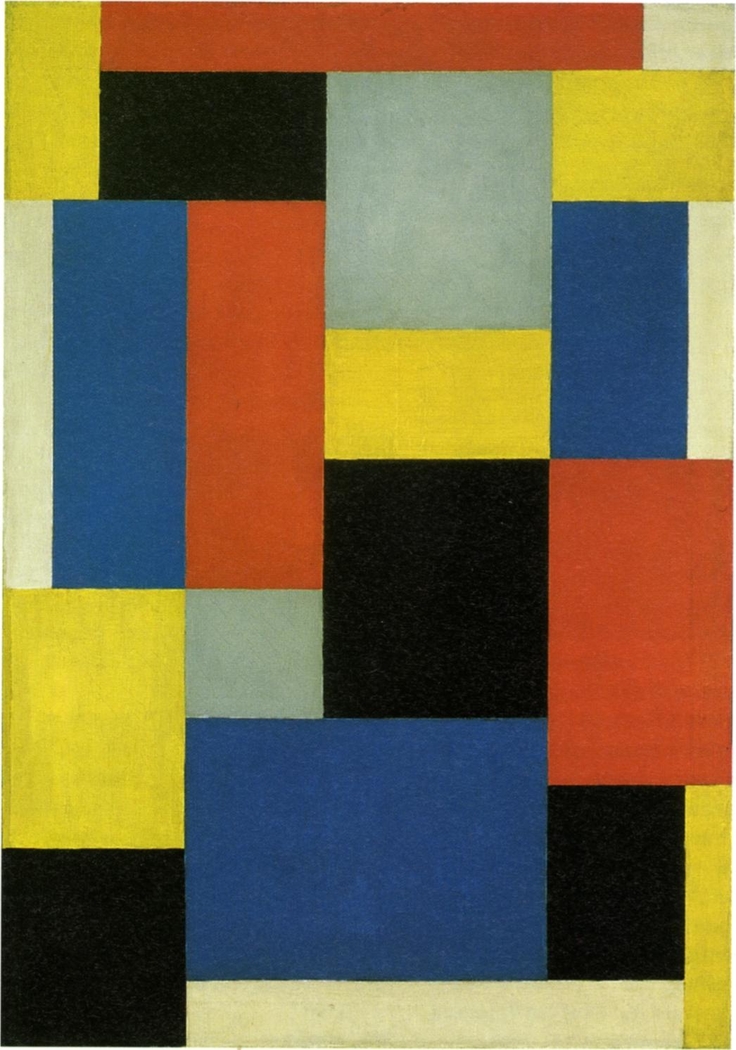 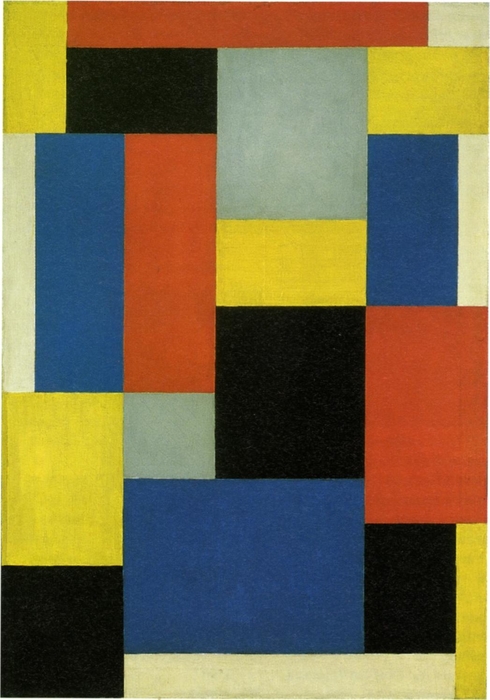 Description:
Executed in 1920, Composition XX , which has belonged to the Thyssen-Bornemisza collection since 1979 and is among the works kept by the painter’s widow Nelly van Doesburg after his early death in 1931, follows to the letter the geometric abstraction advocated in De Stijl. During this period Van Doesburg frequently exchanged impressions on the problems of the midpoint of the composition with both Mondrian and his friend Oud , to whom he wrote, “I [...] am still working on a large decomposition [referring to Peinture pure ] i.e. a composition in which the midpoint lies outside the painting. I don’t think I will have the painting ready on time.” Despite the difficulty of identifying his works owing to the numerous titles they are given, Christopher Green suggests that the painting in the Museo Thyssen-Bornemisza may be the one shown at The Hague in 1920 with the title Decomposition II . To the artist, the word “decomposition” meant “the moment in which all association with an illusion of reality ends” and these two “decompositions” could therefore be the artist’s first two totally abstract paintings.