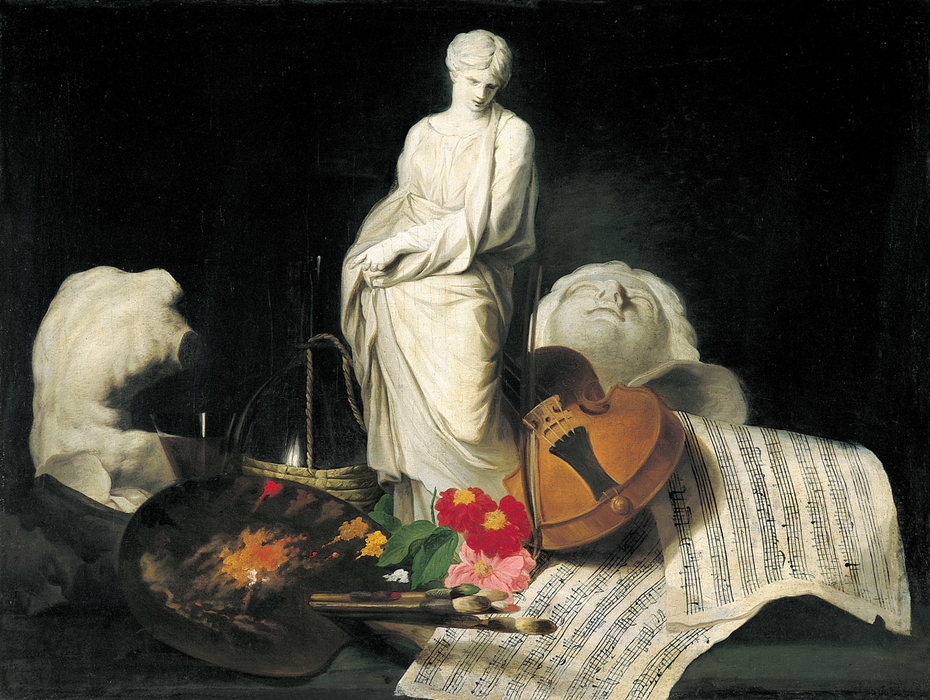 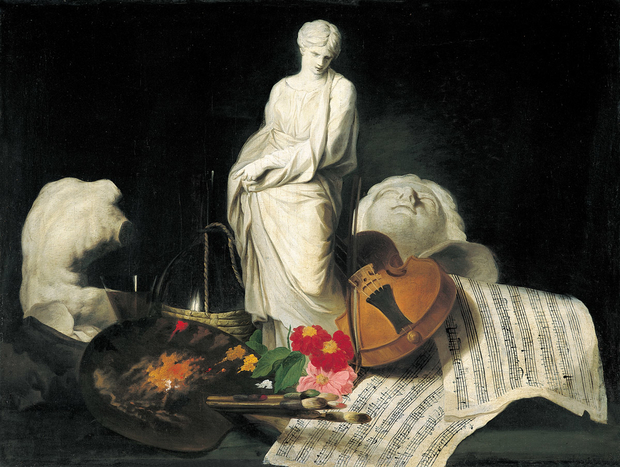 The Attributes of the Arts

1700
Originally from the Gard (SE France), but trained by Antoine Rivalz in Toulouse, Subleyras spent his entire career in Rome where he became one of the most celebrated painters. This mysterious piece has its own special place in his production. It can be read as an allegory of the five senses but also as a homage to the arts. The still life here is not composed of flowers of fruit but of day to day items from the workshop, such as the scale models of masterpieces of Antique and modern sculpture, from the Belvedere Torso and the head of a Niobid to Duquesnoy’s Saint Suzanna. To keep up appearances there is also a flask of wine and a violin. The absolute mastery of the artistic techniques employed earns this composition its status as a major work of the collection.